00:00:03 My name is Dami B, and my job title is Chair of the Young Advisors to the Young Mayor for Lewisham. As a Chair, it’s my job to regulate the meetings, make sure everything’s in order, make sure there’s no arguing, and also oversee the Agenda, you know, say what’s going in which place, and what happens during the meetings.

00:01:10 Well I got involved more, I guess, it was purely by a stroke of luck, because I went to Deptford Green School for my Year 7 to 11, where we have really, really, really great citizenship teachers. And one of them told me that I’d be perfect to stand up for the election as Young Mayor. And I thought it would be simple. I was wrong. I did absolutely nothing, and I think I came in like 33rd place. My fault. But then the second year I decided I’d do a proper run of things, I’d do it properly this time. So I stood up again, and I went to about eight to ten different schools, I gave speeches, I did all the sorts of things that a normal politician would do, you know, canvassing, campaigning, just to try to get votes. And it worked, because I got voted Deputy Young Mayor. And then I got going back into the Council obviously because I was the elected official and then yeah, the rest, as they say, is history. At that point in time, I think it was the greatest moment of my life, ‘cause it was like to think – because I was about 13, 14, and to think the young people of Lewisham had actually voted for me, I mean what had I done? And they’d voted for me. I mean, I may not have been the Young Mayor but, you know, second place, Deputy Mayor, that’s not something to be laughed at.

00:02:29 I’ve got to go to Uni first, that’s a must must. But – in the next ten years I’d like to see myself either as a low level MP because, you know, miracles don’t really happen that often so, you know, you’ve got to start from the bottom. So I’d like to see myself as a low level MP. Or I would like to see myself as a Councillor, but involved with the public, if you understand what I mean. I want to be an MP or a Councillor, but I want to be more involved with the public than most people are. Like I wanna, you know, help – join volunteer groups, like I wanna be like an MP who’s part of the St. John’s Ambulance, and the Reserve Police Officers, you know, anything that is possible to try and make the community better. Through, you know, your own primary active ways as well, you know, getting your own hands dirty.

00:03:18 If I could be anything at all, I think I’d be – and feel free to cringe here – I think I’d be the Secretary General of the United Nations. Kofi Anan, after seeing him, and what he did, especially he is one of the very, very, very few people in the history that tell the guts – that had the guts to tell the most powerful leaders of the “free world” – one of the most powerful countries – and tell them they can’t do something because it’s illegal. I think someone like that – and that’s who I’d like – that’s what I’d like to be, I’d like to be Secretary General just so I can be, you know, so I can do what’s right. It may not be enacted on, but at least I can say what’s right. And at least people would listen to me, if not necessarily actually do anything.

Description
? Youth and community workers provide support to individuals or groups of individuals through a range of activities or services that aim to encourage participation in social and community life and promote personal and social development.
Qualifications
There are no formal academic entry requirements though a minimum age for appointment between 18 and 21 normally applies. Most qualified youth workers possess an accredited diploma in higher education or postgraduate diploma in youth and community work. A majority of qualifying courses are for people aged over 21 years of age. Background checks including a CRB check are likely to be required.
Tasks
Employment by region
?
Top 10 industries for this job
?
Social work 30244
Health 15954
Residential care 10555
Membership organisations 8902
Public admin. & defence 7189
Services to buildings 2860
Education 2828
Veterinary 1523
Sport & recreation 1466
Employment status
?
Skill importance
? 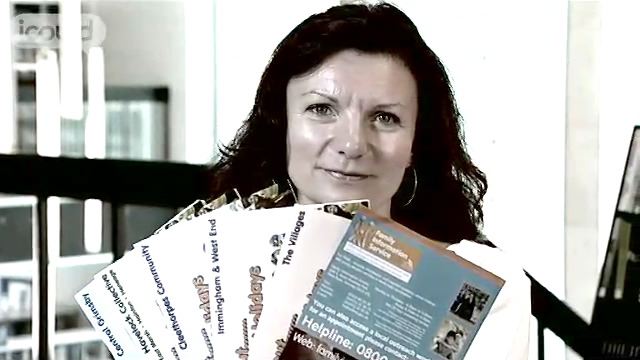