Second time lucky – getting a job in the media industry

Second time lucky – getting a job in the media industry 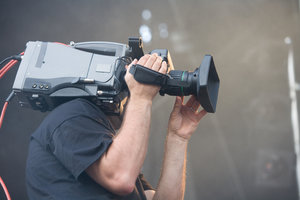 When editor and cameraman Henry Hamilton's contract came to end he set about finding another job. Contacting a company who had interviewed him the previous year proved his lucky break.

Working in the media industry has always been tough. It’s an extremely competitive sector in which jobs are scarce – this is what I was facing when my contract came to an end.

Suddenly, I no longer had a regular income and I was leaving a company where I had forged strong friendships and had been taught key skills that I now rely on every day. Working for a production company in London had always been a dream but I always knew it wasn’t permanent so when the project I was working on reached its end, I was thrust out there. Scared? A little – living in London is not cheap and the last thing I wanted was to move back home!

I’m a very driven person and I never gave up hope. I updated my CV and edited a new showreel which I attached to every job application. I knew I had gained a good deal of experience and was happy to be short-listed for an interview with a couple of big production companies in London.

In the meantime, I walked into my local pub and persuaded my landlord to take me on part-time so this kept the funds coming in for a couple of months. One day, I decided to email a company that I’d got down to the final two for an editing job a year ago. As it happened the day I emailed, Chris, the guy who had landed that job ahead of me, had handed his notice in so the boss brought me in for a fairly informal chat. The next day he phoned me up and offered me the job. I was thrilled, excited and relieved. I knew I’d been a little lucky with the timing but this was a company I’d come so close to working for last year so I was very happy that they’d given me another chance.

Three months probation passed, and they offered me a permanent job. I get to film some huge events around the world and edit for some highly respected clients so I couldn’t be happier. I suppose my motto is, “Never give up on your dreams and don’t see a rejection as a bad thing!  There’s always a second chance.”