00:00:00 I’m June B. I’m the founder and director of The Pierian Centre in St Pauls. It’s a community interest company and the people who come here are coming for conferences and meetings. They come here for education and learning which is all our workshops and the evening classes and also we have a huge arts and cultural programme which goes city wide now. My role is to direct both the long term strategy and the day to day operational and that’s quite a broad remit for me to manage.

00:00:35 The first year of my school life I was completely miserable and homesick because I was at boarding school and then I came back in the second year and thought, “Right, that’s it. I’m not going to be miserable.” I joined in everything, I sang and I was in every sports team you can imagine and I got to the end of my school time I think feeling like I’d really explored everything that I could possibly explore and I’d done everything I could possibly do.

00:00:58 Well, y favourite subject was drama. Not that you did drama in those days for A Levels or anything and I did science A Levels because I was sure I wanted to be a doctor. And I think that installation of the love of drama is what was quite key in leading me to where I eventually went. My journey from school began actually just before I left school, deciding that I didn’t really want to do science A Levels anymore and I didn’t really want to be a doctor but my house mistress said, “I think it would be good to finish your A Levels.”

00:01:30 So, I did to go medical school and I did six weeks at the end of which I thought, “What was wrong with medical school for me, was that I didn’t want to spend the rest of my life with people who were not well,” and I went to the Principal and I said, “I’m leaving,” and he said, “Have you talked to your parents?” and I said, “It’s nothing to do with them, this is my life.” And that was a major, major turning point.

00:01:51 I thought I was going to be a famous actress but actually I did one job as stage management and stayed in it for nine years. I really felt like I was a master of my craft and I had enjoyed it but there wasn’t really anywhere for me to go so I decided to leave. Then I fell into management consultancy, training, career change, counselling with redundancy programmes in the 80s because that’s what everyone was doing. And for 20 years I did that.

00:02:17 A major turning point for me was to take a sabbatical in Australia for, it was well over a year and a half and during that time I went to visit an Aboriginal community and they adopted me and gave me an Aboriginal name. That was so important, it was a formative time for me because the whole way they live life over there is very different and it was inspiring and it’s where The Pierian Centre started.

00:02:43 The experience itself was wonderful, but that sense of privilege is something which I think I will spend the rest of my life wanting to return in some way to the world and I can’t give it back to Aboriginals who adopted me because I’m not there anymore. But what I can do is use my life here at The Pierian Centre to in some way instil the same sense of privilege in other people.

00:03:09 I think everything I’ve ever done and everything I’ve ever learnt is seated in the philosophies here that I want people to explore as much as possible who they really are. I think people are capable of really shining and so often they’re told they can’t do something or it would be too difficult or they haven’t got enough money and, from my experience in life every time I’ve just gone, “Well, let’s just do it,” somehow or another it happens and things that appear impossible become possible once you’ve made a commitment. ENDS

Inspired by time with an Aboriginal community, June B founded the Pierian Centre in some way to instill "the same sense of privilege in other people." She believes that "things that appear impossible become possible once you have made a commitment."

More information about Conference and exhibition managers and organisers 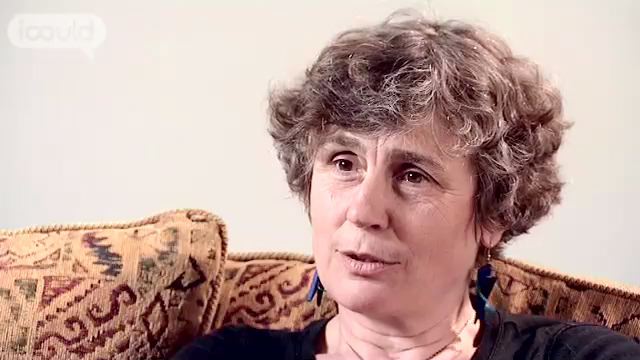 Job Listings for Conference and exhibition managers and organisers: