00.00.03 I’m Ed C, Project Manager at Lola Composites. I’m half way to my dream job really I suppose. It was always my boyhood dream to be a Formula 1 designer, Formula 1 engineer, but the more I work where I am and the more I meet other people in the industry, perhaps less appealing that is. But where I am I’m very happy to be because of the fact that it’s a smaller company, I can learn so much more and get involved in so many more bits of the design of a racing car and the manufacturer of a racing car, whereas I think in F1 I might become quite specialised and perhaps not so inspiring.

00.00.45 I do have an engineering background I suppose as you’d seen it. I do feel like it’s my natural vocation if you like. My granddad was a chief draftsman so he was in charge about 140 draftsmen in a company who made products for the nuclear industry, I suppose you’d say. So he was a keen engineer and he worked his way up through the, he worked for one company all his life. So he was always engineering and I suppose that inspired me when I was young without knowing it.

00.01.15 I’ve got an older brother who’s also a project engineer working in Bristol so there’s certainly engineers in my family. My dad is also, as well as building, he’s now an architect effectively so he designs and builds his own buildings so that’s kind of engineering but with civil engineering I suppose you could say.

00.01.36 I suppose, again, you might consider me unusual in that I set my heart something and I’ve pursued it but when choosing my subjects for A levels, that was a little point in my life where I decided to be a racing car designer or a racing car engineer. I chose to go and study motor sport engineering at Brunel University so I’ve been there, it was three years of education but I did a four year course which included one year of work. And my year of work was here at Lola.

00.02.10 I honestly can’t stress enough how important, looking back I feel that my year in industry was, I was sort of aware of that when I took on the degree and I deliberately chose to go to university that almost specialises in that kind of a degree that includes the year in the industry. Because I knew there that getting a good job for those 12 months would be key to my career for the rest of my life. I still feel that now, my 12 months I sent 50 letters to companies to get the job that I got.

00.02.40 When I approached the end of my degree a few months before my exams I started speaking with Lola again about my return because I knew that Lola was somewhere where I could learn a huge amount still. I learnt a lot during my first 12 months but I felt that there was a lot more there that it was a very good place for me to be so I did pursue and I had to keep pursing the possibility of coming back because there was really no vacancy for me to come in to so they had to find a vacancy for me to come back to I suppose.

00.03.14 So it was a bit of a challenge but by the time I was doing my exams I did know that I had a job and I actually started on the Monday following my last exam on the Friday the week before. So I was back before any of my results even.

00.03.28 When I asked whether I was inspired by any individual, I can’t really focus on a particular individual or individuals who did inspire me really. There’s many famous racing car designers and racing car engineers out there that I could have idolised but I always that they were just simply normal human beings that worked very hard to get to their position as opposed to be some sort of superhuman that, in a position that was unachievable. So I always felt that with the same enthusiasm and by applying the same hard work that I could be there too.

Ed C is Project Manager at Lola Composites. "I'm half way to my dream job really". He was always passionate about automobile engineering. He chose a degree course in motor sport engineering and chose a placement that would give him good work experience (with Lola!) 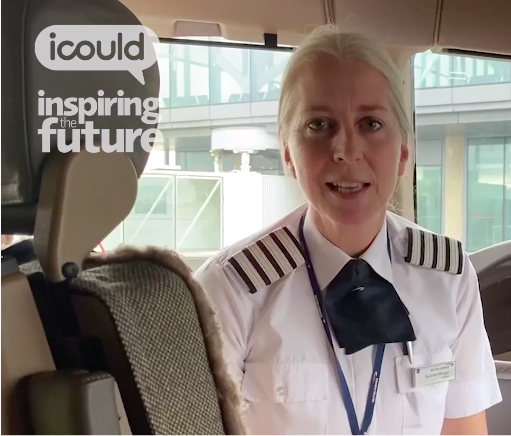