00:01 My name is Michael K I’m a second year trainee here at Farrer’s. I think at the moment what I enjoy the most about my job is the variety because as a trainee here at Farrer’s we have to change our jobs every 4 months, so every 4 months we’re doing something entirely different. So overall of the 24 months however long the training contract is you find out a great deal.

00:26 I think the biggest turning point in my life was when I left my family in Ukraine and came to United Kingdom. I was 13 when I left Ukraine and it was very difficult for the first few years. I wasn’t really prepared to be living on my own especially at that age, and British boarding schools are not necessarily forgiving, so the first few years were quite difficult but as I approached A levels I really assimilated and it became a lot easier.

00:55 My parents always wanted me to go to university to do economics because my father’s an economist and there was some sort of expectation that I would continue the family line as it were but I wasn’t really inspired by that, I really liked mathematics at school, and I quite wanted to go to university and find out more about it.

01:19 I really enjoyed going to the university they were definitely the best years of my life, suddenly there was this influx of variety, influx of people from different backgrounds and it was really enlightening and a sort of, I did a lot of growing up seeing people have different stories, different histories.

01:37 When I was doing mathematics I had to decide what my career’s going to be and I considered banking and then I thought that law would be a good option but then to do law obviously you have to have legal background and I applied to a legal conversion course and you go there for a year and you essentially get an equivalent of legal degree.

02:20 When I was doing my interview at Farrer’s I asked them if it was going to be alright if I take a gap year between completing my legal studies and starting work here and they were absolutely fine with that and in the end I went to Paris for 5 months and also went travelling quite a bit in particular I spent a month in Japan. More than anything my gap year gave me that sense of appreciation for freedom and liberty and the motivation that whatever you do at work in the end you’re really trying to set your path to the future so that a few years from now you can do what you’re really passionate about.

02:57 I quite like cooking and recently I’ve become enamoured with Heston Blumenthal who is, he’s a celebrity chef and he is quite known for wacky really time consuming recipes. If I have a free weekend I would usually invite friends over for Sunday night and I would start cooking on Friday evening for 2 ½ days but it usually works out, it’s really good.

Michael K is a second year Trainee Solicitor at Farrer & Co. He says, “What I enjoy the most about my job is the variety because as a trainee here at Farrer’s we have to change our jobs every 4 months… so every 4 months we’re doing something entirely different”. 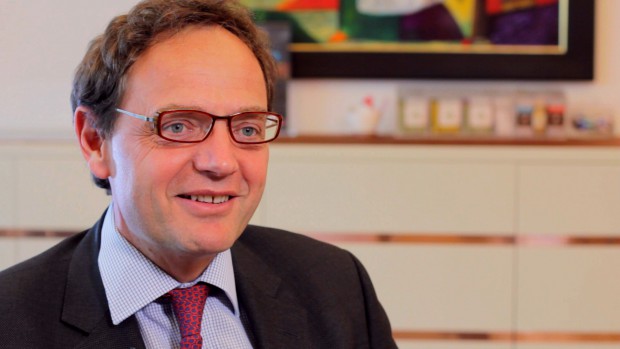