00:00:03 My name’s Nicole C, I’m corporate communications manager for Lothian and Borders Fire and Rescue Service. My job in corporate communications is to look at the public relations and communication activity right across the Lothian and Borders Fire and Rescue Service. I had a team of staff that deal with photography, with graphic design, with the websites, with talking to the press and the media and those aspects of the fire service activity.

00:00:32 I was pretty lucky at school, I found things to be quite ok, you know, I liked school, I had quite a good time, I usually got quite good grades without trying too hard so I was pretty lucky and I enjoyed it, you know. I went to school in, I did do two schools, actually, I was at school in Kent and then I was at school in Lancashire so I had to retake some options from one so that was a little bit tough because moving from one school to another half way through my GCSEs as it was then. So, but apart from that it was fine, I went onto sixth form. I did English and geography and geometry at A Level and also French and statistics at AS Level and then after that I went on to do film and media studies at Sterling University. And after that I went on to do printing and publishing at London College of Printing and after that I did an MBA at Napier and I worked for a distillers for a while designing packaging and designing things like that. I did that for three and a half years and I loved that, I did like that but after that it was time to move on and do something a bit different and that’s when I came to this role.

00:01:39 I found the job in the newspaper, it was advertised in the Scotsman and the thing that appealed to me was the variety offered. It was a very sort of strange job because this job at the time was new, it was a collection of all things that the fire service had that they didn’t really have a home to put. So, they had a photographer and a graphic designer and they wanted someone to expand the PR activity for the service but they never really had anyone to do that so it was a brand new role so that was interesting to me. Also, it sort of had an impact on the things that I’d done in my career because they wanted someone to look after the print room, we have a print room here and they wanted someone to look after that so I’d studied printing and publishing so I had that background. But they also wanted someone to talk to the press and the media and I’d done that as part of my first degree. So, it was a variety of jobs but it also matched in with the qualifications that I’d done and also the experience in my first job.

00:02:33 The major turning point in my life was definitely the birth of my son because that has an aspect in all aspects of my social life, my private life and obviously my career. It’s been interesting, obviously I love him to bits, and but it does mean you re-evaluate everything, your time and have to adjust really to the way that life is now.

00:03:00 When my son grows up and he’s thinking about his career I would say to him that he should really look at the options available to him but not be too fixed in what he wants to do. There’s lots of jobs out there and they’re not just ring fenced or in little compartments, there’s lots of aspects to them that might suit him so you just need to sort of go with your gut feeling, go into a job and if you don’t like it you can cut it and move on, really. There’s lots of things that you can do.

00:03:31 I think if I could do anything in the world I think I’d coach people. I’m also a coach and I’ve just trained in that and I think that would be quite good to do to work for myself and coach people in really sort of living out their aspirations and moving forward to what they want to do.

Nicole C is Corporate Communications Manager for Lothian and Borders Fire and Rescue Service. She looks after the public relations and communication activity. She has studied Media Studies, Printing and Publishing and has an MBA. “After the birth of my son… all aspects of my social life, my private life and obviously my career… you re-evaluate everything”. 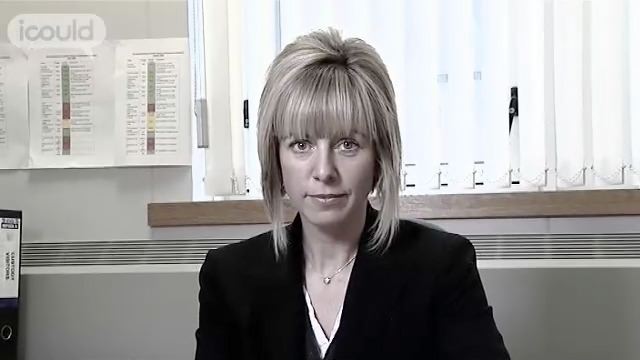