00:00:04 My name’s Sam W, and I’m Marketing Assistant at the Broadway Theatre. My job is to basically – when a – when we sell the theatre to either a dance school or a big agency coming in on tour, or a band for example, I’ll basically have a budget. And my budget would be used to sell the theatre as best as possible, and sell as many tickets as possible.

00:00:25 My name’s Sam. I wanted to be Fireman Sam I suppose when I was younger and watched it on TV. But also, I mean now I’ve grown up it’s not so much to be that cartoon character but it’s to actually, it’s interesting every day’s slightly different, and obviously I like physical work as well, so I wouldn’t – I would like to be outdoors, and that comes with being a Fireman.

00:00:49 Well I left school when I was 17, I did my first – I did my AS Levels, then I left ‘cause I was doing Sports Science and I had a knee injury. Well I was playing football, and I tore my ligament, my ACL, so I had to have a reconstruction. I was sort of in bed for six months, and it was quite a big operation, and obviously when I was so sport orientated, it was hard to get my head round that I’m not going to be able to play football for six months. And if I do – I mean even now, I know I’m not as good as I was in certain sports. I know I can’t give my all and go into tackles, or run very fast, because of it. So I think that was one of the major problems I’ve had, because it sort of put a hold to everything, my education stopped. I had to look for elsewhere, I had to go and work in a clothes store for a while. But it’s all happened for a reason, and I’m glad it did now because I earned the money to go travelling, as I said, to Australia. And then I’ve come back and I’ve managed to get a job where I – where I enjoy, and I can see a clear goal of what I want to do in – by the time I’m thirty.

00:02:28 I want to go back out to Australia, basically because the weather’s so nice, the people are friendly. I think it’s just fantastic and I’ve got a lot of friends out there now as well. And I just found life a lot easier, and a lot – and a lot more enjoyable. I did a lot of things out there. I mean I was just basically learning to survive on my own really, I was only 18 as I said, so I brought a camper van, and I drove off, and I was meeting various people along the way. And I’d do anything from cleaning toilets in hostels to – I was a Scuba Diving Instructor, I got my Paddy course, and I would spend days out on the reef doing things. And then I was doing bar crawls, so I was mixing – mixing it up, and basically doing anything I could to earn some dollars to get me round. And then eventually obviously they said I had to go back, because my visa had run out, and like if not for that I’d still be out there now. One of my University courses I would like to take up as – even if it was part-time – would be a trade, so I could actually go back out there. ‘Cause they need trade – trades people out there. I had some bad times out there as well, obviously in a year and a half you do have some bad times, and sometimes when you’ve got no money, and the van breaks down, and you’re in the middle of nowhere, and you’ve got no credit on your phone, and things like that. And obviously those bad times, they last for about a month or two. But then there’s always interesting things, I mean you would go to work, and it would be light till nine o’clock, and there would always be something to do. You could play – you could get a round of golf in, you could go to the beach. And here after work there’s not much you can do.

00:03:14 In a couple of years’ time, if I’m not at the Theatre, obviously I’d like to be a Fireman, working my four days on, four days off. And in those four days off I would like to go to College or – and learn a trade basically, so I’ve got options of where to go if I wanted to go back to Australia. And also the Fireman job, I’d be pleased with that anyway, because I wouldn’t mind doing that full-time. If I could do anything at all, I would probably just go to – I’d go – obviously go to Australia, and I would get my Residency out there, and I’d be a Scuba Diving Instructor probably again. And have a boat, and barbeques on the beach, and parties and things like that.

Sam W is a Marketing Assistant at the Broadway Theatre. At age 17 Sam badly injured his knee, and that put his life on hold for 6 months, but leaving school and going into work turned out to be a blessing in disguise as he earned enough money to go travelling around Australia. Sam aims to be a Fireman, study a trade and get back to Australia with full residency. 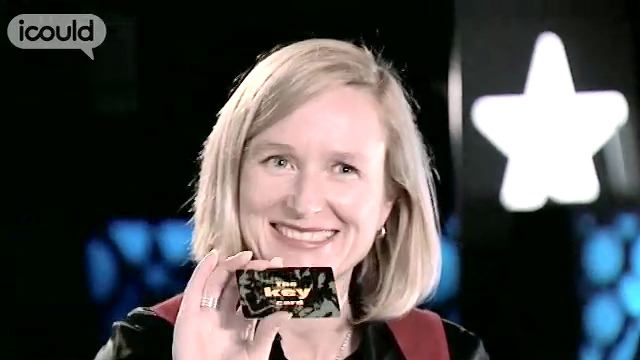