00:00:02 My name’s Ali W and I’m the Creative Director Founder Member of Nofitstate Circus. What I do is the creative side of organizing and running a contemporary circus company, which is about planning shows, employing performers, putting together work and, and organizing a training program for people that want to be involved in circus. I’ve been running Nofitstate Circus for about 20 years and we did this kind of voluntarily for quite some time. It’s only been five years that we’ve actually had a salary for doing this job.

00:00:37 At school I was always considered the class clown. So, that was probably a good indication that I was gonna end up in the circus. I was also very physical and I was captain of all the sports teams in, in school. My parents wanted, didn’t want me to, to obviously run away with the circus. I, I went to university to study physiotherapy but when I completed the course during the time that I was doing physiotherapy I’d learned to juggle.

00:01:04 I’d been out on the street doing street shows. First one for Live Aid in 1996, and decided that, you know, we could actually maybe make a living out of doing circus performance. We met a fantastic guy who moved to Cardiff. He was quite a famous puppeteer. He worked on Star Wars. He was half of Jabba the Hutt. And he’d had a career as a juggler and he happened to be in Cardiff. He started a juggling club in the university that we were at. And he led us, inspired us and led us down the career path of being street entertainers.

00:01:44 The vision in mind was to avoid getting a grown up job. I suppose the word was to ‘drop out’ of, of, of society and this was a way that we, we could see that would create us work without actually having to fit into mainstream society. It’s like taking a hobby and turning it into your work and then making that the most extreme that you could possibly do. I don’t have any children. I have a great big circus and loads of people that, you know, are, are a huge extended family. And my partners come, sometimes come with me and sometimes don’t come with me. Sometimes don’t very, last very long if they don’t wanna come with me. But, yeah, it’s been a very single-minded life journey to create this work.

00:02:32 We were working for a group called Jugglers for Peace during the revolution in Nicaragua in 1988. It started off with a friend of mine called Ben Linder being assassinated by the contra and being the angry young person that I was I was outraged by this and we got a group of people to go to Nicaragua to support the revolution. There was one time we did a show and a lad came out and said, thank you, that was the best thing I’ve seen in ages. And the village elder came up to me after the show and said, that’s the first time that boy’s spoken for 2-1/2 years since his parent were, parents were dragged out of the hut and shot by the, you know, the contra revolutionaries.

00:03:13 So, we had a big impact there. And I met a knife thrower. He said if you want to learn you’ve got to stand up against that board over there and I’m gonna throw these at you to see that you’ve got the (bottle) to learn. So, I found myself on a, a wooden block. He threw eight knives and three flaming axes at me. I didn’t flinch and he said, okay I’ll teach you how to do it.

00:03:35 I don’t think we would have ever imagined we would be this big and this successful. No. But I had to prove, I had something to prove because my father had just paid for me to go through college to be a physiotherapist and before I even started doing the job I’d given it up and he was, what are you going to do when you’re thirty? And I was like, circus. What are you going to do when you’re forty? Circus. So, I had a, I had a bit of proving to do and I think that, you know, kept me going on the, I will prove, I will prove that it was worth it in the end.

00:04:12 My father has very proud moments now when he stands in the roundhouse and sees the work that we’re doing and the level that we’re working at now. ENDS

Ali W is the Creative Director and a founder member of Nofitstate Circus. Her parents didn’t want her to run away and join a circus, so she did a degree in physiotherapy. But while she was doing that she learned to juggle, and became a street entertainer. Her father is very proud of what she’s achieved now though.

More information about Dancers and choreographers 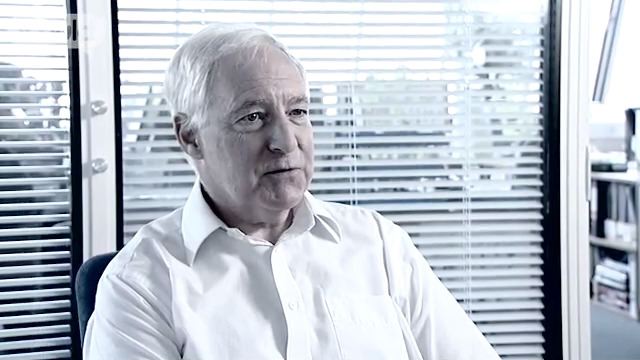 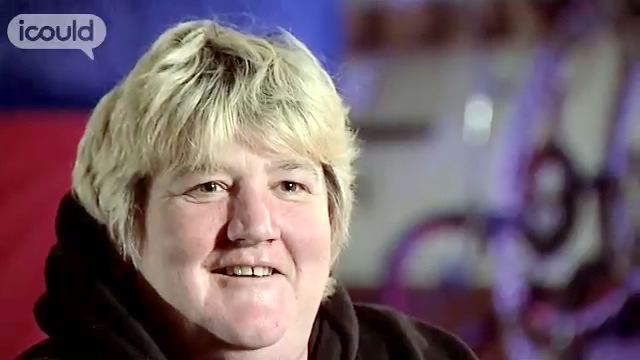 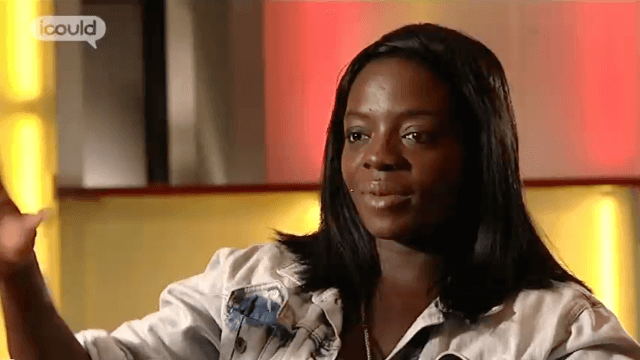 Job Listings for Dancers and choreographers: