00:00:07 I came to work at the Dakota as a bartender with no experience I’d done a bit of travelling, in America for about six, seven months and I came back and this hotel was here, cos I lived close by, so I just applied for a job cos I liked bartending, and I came in and started at the bottom, started as a waiter and, just through constant product knowledge and trying working hard worked my way up to being a bartender and then, getting the right breaks I worked my way up to head bartender.

00:00:43 I’ll be the person on the bar making the drinks, making the cocktails, and also, taking care of the team or three or four bartenders and three or four floor staff. Making sure the teams are flowing and everything’s OK.

00:00:58 The three things I’ve done, went into high school is PE, English and art. I took them all the way, got the highers things like that in sixth year, but again it was just I didn’t really have a career I wanted to follow in any of them I just enjoyed doing them.

00:01:16 I’ve been playing football since I was six years old. I played in various teams at various levels, I also played basketball which took me over to America coaching, a few trials for some different teams and things I mean, even football over in America I had some trials with different teams and I had the opportunity to go and play football in North Carolina, for a team called Wilmington Hammerheads. It was but as I say it’s none of these things ever interested me.

00:01:47 I had help from an organisation Camp America, I don’t know if you’ve heard of it, and they can organise everything, visas, the lot and they help pay a little bit and they also helped me with the job placement in a soccer camp it was, so I was teaching football and basketball for just under three months and because I was working I was getting money, so I’d only saved up about eight hundred dollars which wasn’t a lot for the length of time I was gonna be there which was why I decided to work my way, I was just picking up jobs in petrol stations and local bars and things at the time.

00:02:24 I think if you were talking about a pivotal point in high school it would have been coming from fifth year into sixth year. I had done also, even after my standard grade it was coming to choose my highers and deciding really whether I wanted to go to university and things like that and I had meetings with the careers councillor and, advisors and things and they’re just there to do their job and they look at the subjects you’re studying and they throw out a list of careers that would be suited to you. But none of them ever suited me.

00:03:03 University was never really something I aspired to.

00:03:07 When I left school I was working in a call centre, as customer service advisor, I had that job while I was in sixth year at high school and I was contemplating college and things but, again there was no really courses then from the, tickled my fancy. So, between me going out and things I decided I’d go and work in a bar because it’d be more fun and it was, and I wanted to enjoy working cos I knew I wasn’t gonna go to college. And then an opportunity arise to come, let me go travelling.

00:03:43 I feel like since I’ve left school I’ve learned so much more about myself and about the world, and I mean I’m still learning there’s things I can still learn while I’m not at school or university. I feel I made the right decision.

00:03:57 You could say it was luck, that I ended up working at this hotel, it just so happened that I cut my travelling short and came back to the point where this hotel had just opened. So you could say luck, that’s the way things go really, you’ve gotta have a bit of luck.

00:04:17 I’m working in the hotel and in the space of two years I’ve worked my way from ground level to the head bartender which is a good position, I mean it’s a big hotel, different hotels all over the country and within this hotel itself there are various departments, so the chances will always be there for me to progress and learn new things within the business. And there’s opportunities to climb the ladder left right and centre really. As long as you’re, you’re willing to work for them which I have been doing for the last two years, so my plan would be just to continue the way I’m doing and hopefully it will take me to the top.

Jamie K is Head Bartender at Dakota, “in the space of two years I’ve worked my way from ground level to the head bartender”. He says “there’s opportunities to climb the ladder left, right and centre really. As long as you’re willing to work for them”.

Description
? Catering and bar managers plan, direct and co-ordinate the catering and bar facilities and services of licensed premises, factories, shops, theatres, educational premises and other establishments. They also manage outside catering businesses and shops selling food cooked on the premises.
Qualifications
Entry is possible with a variety of academic qualifications and/or relevant experience. Larger catering and licensed premises chains offer managerial trainee schemes. Candidates for these usually require a BTEC/SQA award, a degree or equivalent qualification, or a professional qualification. Off- and on-the-job training is provided. NVQs/SVQs in relevant areas are available at Levels 2 to 4.
Tasks
Employment by region
?
Top 10 industries for this job
?
Food & beverage services 36609
Accommodation 10932
Sport & recreation 4457
Health 4243
Public admin. & defence 1885
Education 1499
Services to buildings 1391
Employment status
?
Skill importance
? 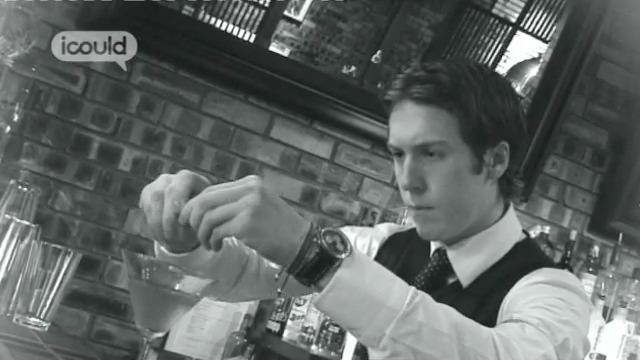