00:00:03 My name’s Jermaine S and my job is I’m a carpenter / joiner. I’ve been at Addenbrookes hospital now for near on about nine years. Firstly I started off as a distribution porter, and kind of progressed from there really. One of my friends worked as a carpenter, and he kind of persuaded me to come and join the team, that’s the kind of route I took. Our days are very varied. I mean in the morning we get like job tickets, so we go and just assess the jobs and do them as normal. But mainly it’s fixing part of the hospital like the doors or the window frames or a bit of skirting or a bit of architrave or maybe even a door lock. There’s so many different things I’ve fixed daily. What I like about it is it’s so big, it’s like a little town, not just with people who usually work here but as well as like the patients that come here, you can kind of get to know them as well.

00:00:59 What I enjoy about my job now, I like to be asked to do something and be able to see it in my head before I do it. And then after I’ve done it have a look and see if it’s the same thing I saw before in my head. Like it’s nice to have like start from nothing and slowly progress it to a nice finished article. I’d say the only bad thing about my job, to be honest with you, would be if I cut myself. In fact I was a bit careless maybe two or three months ago, where I was putting in a lock and I was applying too much pressure to the screw, and I slipped out and I’ve knocked my eye and I’ve almost lost my eye. But (LAUGHS) that’s another day, that’s another story.

00:02:34 What was I like at school? Um as a teenager – I was quite a naughty teenager, I thought messing around was being cool and everything else, but you kind of soon learn afterwards and you still need to learn your lessons at school. Initially when I was a kid I did dream of being like an air line pilot, that’s what I really liked to be. But as you get older and everything else it becomes a little bit more realistic of what you wanted to be. I did want to be a footballer for a little short phase in my life as well. Yeah well I’m a Tottenham fan, so my hero’s Glenn Hoddle, back in the day. Just liked the way he used to wear his T-shirt out, so I tried to copy him when I was younger and I used to play football as well. I think it’s good to keep your dreams open and be like flexible about what you want to do, until you find what you actually do want to do, and then go for it from there. Because I don’t – I didn’t find it very easy to know exactly what I wanted to be until I tried a few other things. I’ve done a little bit of valeting, that was a good job. ‘Cause you could drive the nice cars after you’d cleaned them. After I done the valeting I learnt a bit of barbering. I done three years of barbering, qualified barber. So yeah those two – those two jobs I tried before, and they’re quite practical jobs as well, again, because I’m a practical person.

00:03:06 What I’d like to do in the future would be to do an electronics course, go on an NVQ course at college, and progress from there to probably be like a shift technician, and a site technician. That’s my ultimate goal. One day I could try to be a master carpenter. That means you know every aspect of your trade to the pinnacle. One day I could run my own building firm, do small works like conservatories, barn conversions, and employ a young apprentice and teach him what I’ve learnt, that would be so good, I’d love to do that.

Jermaine S is a Carpenter at Addenbrookes Hospital. “I like to be asked to do something and be able to see it in my head before I do it. And then after I’ve done it have a look and see if it’s the same thing I saw before in my head. ” He has many aspirations for the future, and would like to pass his knowledge on to the next generation.

More information about Carpenters and joiners 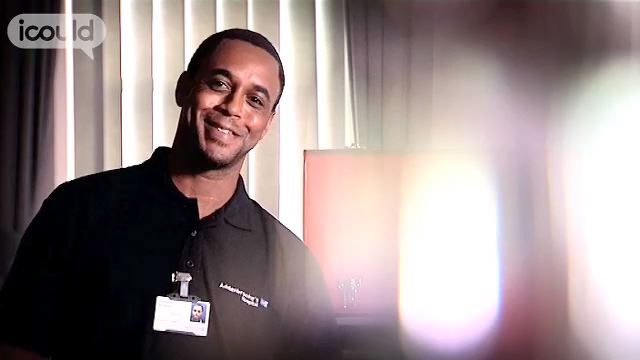 Job Listings for Carpenters and joiners: