00:00:03 My name’s Jo, I work at the Coppid Beech Hotel. I’m a Waitress. I also work in Room Service, I’m … I also do Lounge Bar as well, so I help out there as well. And C & B, which is conference and banqueting, so I help functions. And I also work downstairs in the nightclub, I just do reception and cloakroom at the weekends if they need me.

00:00:30 The hours are very long, most of them are splits. So you’ve got one called a BD, which is breakfast and dinner. So basically breakfast – you start a quarter to seven until about twelve. Then after you finish, you come back again at a quarter to seven in the evening till about twelve, half twelve. And then you’re expected to be in the next day for breakfast again, at the same time. It’s like this weekend I did half two till eleven in room service, then till eleven from two I was working downstairs in the cloakroom. Then I started work on Sunday at half seven in the morning.

00:01:04 I didn’t really enjoy anything, I hated school. Obviously, you know, I did my work and everything, you know, I did quite a lot of talking, I always used to get told off for talking. But I think one of the subjects I enjoyed was probably English, and PE, and that’s about it. I got good grades at the end of the day, which I was happy. I didn’t really want to go to University ’cause the thought of carrying on studying wasn’t really me. I basically wanted just to get out there, have a job and earn money, and be able to, I don’t know, buy something, do something with the money I’m earning so – to show something for it basically so –

00:01:42 When I was little – I think when I was, I don’t know, about 7 I told my Mum I want to be a dental, I want to work in a dentist blah blah blah. So even my work experience was actually working at a dentist. I didn’t get a placement at my own dentist., I got it somewhere else. And when I did that it – I just thought yeah, this is what I want to do. I also wanted to be a Dental Nurse in the Army. And I actually went to the Careers Centre in Reading and I did – I did a test or something and I passed it. But then I realised I wasn’t ready to leave home, so I just went straight into dentistry. So when I finished I actually ended up getting a job at my parents’ and my dentist, which was a private dentist. Ended up doing that for about two years. Basically I was the Dental Nurse Assistant, so I just sat by the dentist’s side, just passing him instruments, and … over and also helped the Hygienist as well, doing the same thing and stuff like that.

00:02:56 Yeah I was a bit difficult, but I had my parents’ support and they were like – what do you really want to do? And ’cause I like working with – I like people – I looked into hotels. And I worked at a hotel back home where I live, but I stayed there for about, I don’t know, a year I think. But I wasn’t enjoying it because the hotel was really small and it wasn’t that busy. And the hours were silly and the pay wasn’t that good really, so I came here.

00:03:25 The high point of my life I think is being able to travel and see different parts of the world. It’s something I would like to carry on doing. I think what would interest me is probably – still working in a hotel, but probably in a different country. So – and then basically go from there I think, go to different countries and work in their hotels. It’s like when I went to Vegas, their hotels just over the top, the stuff that you see is just – I wouldn’t mind working in Vegas in one of the hotels.

Jo initially wanted to work in dentistry after she left school but she quickly became bored with this and went into the hotel industry as a waitress. She talks about the long hours and the need to be flexible to help out in other departments. She would like to travel and work abroad.

More information about Waiters and waitresses 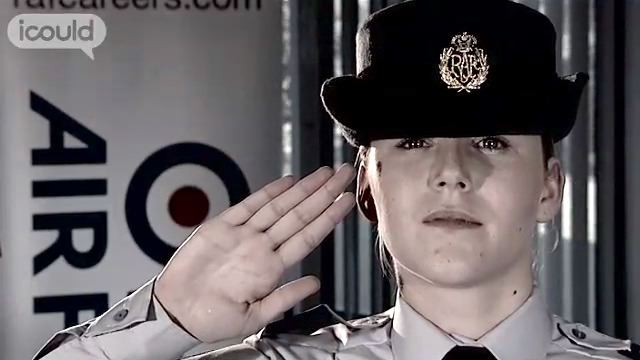 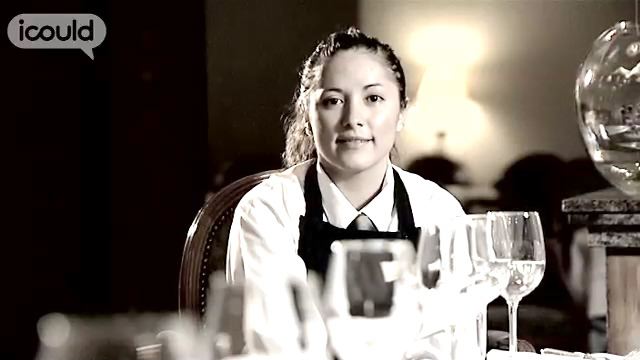 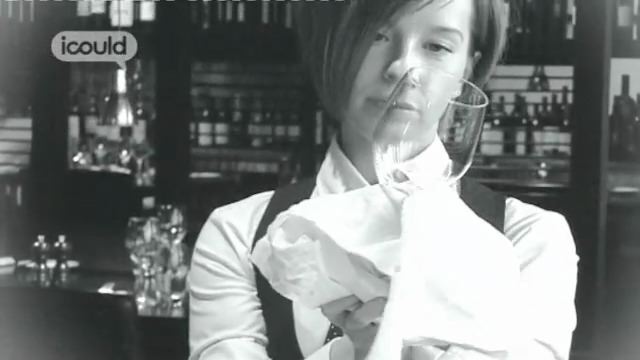 Job Listings for Waiters and waitresses: