00:00:04 My name is Joanne M, and I’m a Technical Co-ordinator in the Work Systems and CAD Department. CAD means Computer Aided Design, so there’s various software that’s used for this. A CAD Technician previously would have been a Draughtsman, or a Draughtswoman, and it’s the person that does the drawings for the engineers. So an engineer with design a road, or a railway, or something, and the CAD Technician will do the technical drawing, but on a computer, so it’s – things then are built from these drawings. So they have to be very precise.

00:01:38 Oh I probably wanted to be an Air Hostess, like most girls, or a princess probably. I don’t – I didn’t really have – I did think about being a teacher, and I think when I was young I wanted to be a teacher. But by the time I’d left school I never wanted to see an inside of a school again so – I didn’t really like school. I knew that I liked Maths and Geography, and those kind of subjects, but I didn’t, you know, I didn’t want to work with languages, or write or report or anything, because I was never good at that. But I really – when I left school I really didn’t know what I wanted to do. There was a job in the paper that said – No experience needed, come and be interviewed for a job in mapping and data conversion, and I liked Geography, I liked computers. I thought I’ll go and see anyway, and that’s where they said we’ll train you, to a City and Guilds course, and they taught us the CAD packages, and I worked there for a year and a half. But it wasn’t going anywhere, and I decided I’d had enough of the job, I’ve had enough of Ireland, and moved to the UK. With very little notice to anybody, I just upped and left. I think it took me about an hour to make the decision. I told my Mum and Dad on the way home from here, on a – I’d been here for a weekend, went home, said I’m going to the UK, I’m going to London. Handed my job in the same day, and was here in a month. I don’t take long to make decisions – when I put my mind to it.

00:02:14 The things I enjoy most are that the job is quite varied, that we do work on different projects, so one day it can be a huge rail project and the next day could be a smaller project. And you can go out and see these things built, and it’s quite enjoyable to look at them and say, you know, I drew that, I designed that. And there’s – you know, they’re building White City at the moment, and I worked for five years designing the things on White City, and yesterday went through – got the tube and stopped at Wood Lane station, and I’m like, I know this inside out, ‘cause we did Wood Lane station.

00:02:54 If I could have any job in the world, I would play Eponine in Les Misérables on the West End stage. And do that every day. I know what I want to do when I grow up, definitely. I like – I like to sing. I’m Irish, we tend to do that a lot. And my family all sing so – I can’t believe I’m doing this. (SINGS)

00:03:41 Where I’d like to be in five, ten years’ time? No idea. Absolutely no idea. I don’t plan, plans tend to fall apart. I don’t plan ahead. But I love what I’m doing now, so I can’t see myself going anywhere just yet.

Joanne M is a Technical Coordinator in the Computer Aided Design Department at Halcrow. She uses computers to create plans. She loved geography and she loved computers – so she answered an ad for jobs in computer mapping. She likes to visit the finished buildings and structures she has drawn. 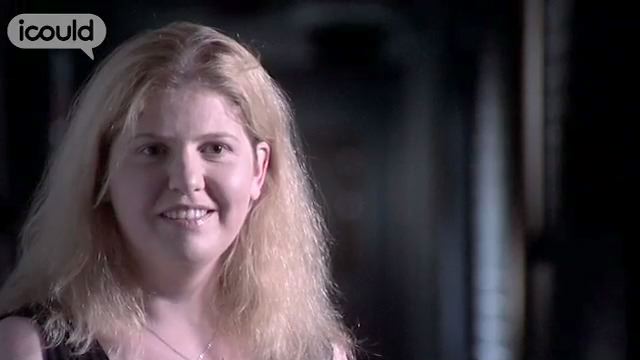