00:00:04 My name is John D, and I’m a Para Legal. A Para Legal’s often very different depending on where you’re working. My job basically mostly involves preparing for court cases. I do family law, so it’s mainly divorces and sorting out the money involved there. It can also be disputes over children, and sometimes we’ll end up having to – to go to court, either for the father or the mother – trying to sort out that dispute. And it can be quite emotional and tough, and they’re difficult issues. But hopefully we help them through them.

00:00:49 I’ve had two particular – two teachers who were very inspiring at school. They were both quite demanding, but they almost told you – taught you how to think for yourself, and I think they really basically got me through school. And one of those teachers he, as well as History, he was teaching me Governmental Politics. And I suppose there’s a link there, in between that sort of study and studying law.

00:01:23 After my A-Levels I came down to London and did a Law degree first and – I wouldn’t say that I particularly enjoyed studying law, and there were a few occasions when I was doing my degree when I was thinking – I don’t really like this and – but those – I’d say those are areas of law that I just didn’t find interesting. The most difficult period that I’d been through would be when you’ve just left University, and you’re looking for jobs. And it’s difficult because you don’t know where things are going to go. It can be really dispiriting, but you just have to be confident that eventually it’s going to turn out OK. And even if it’s not what you were quite expecting, then you advance with it, and you learn from it.

00:02:23 There was a stage where I wasn’t quite sure what I wanted to do, so at the end of my degree I thought right, I’m going to prepare and try and do a Post Graduate degree in Music. It was one of these things where I thought if I don’t do this, then I might regret it in the future. So I worked here for two years, and then in the meantime I got onto this music course, did one music degree, then I started another, and since probably about July of this year, I’ve been working here basically part time, and when the college has been going on, I’ve been there for the rest of the time.

00:03:17 This is a metronome, and its representative of the music part of my life. Basically it’s always been a hobby, so it’s kind of the other side of – to my legal life. I’m determined that whatever I do, there’s going to be a balance in there, and working hard’s really important. But you’ve got to get the balance right, no matter what you do.

John D is a Para Legal, he says “a Para Legal’s often very different depending on where you’re working. My job basically mostly involves preparing for court cases. I do family law, so it’s mainly divorces… disputes over children, and sometimes we’ll end up having go to court”. He is working at Farrer & Co part time whilst completing a music degree. 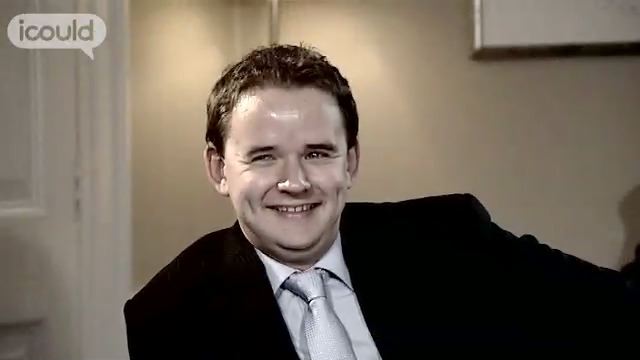