00:00:02 Hi my name’s Joe Davis, I’m a Stage Technician for Leeds Grand Theatre. A Stage Technician is kind of multi-role. I specifically work for the electrics department, but I do other bits and pieces for the stage. Generally rigging lights, rigging sound, and helping put sets up there and staging.

00:00:23 There’s a whole sort of range of things that make the job enjoyable. The changeability, the interest, the fact that you’re constantly being taught, or constantly learning new things, and being able to put practical knowledge to use on a regular basis.

00:01:38 Prior to working within the theatre I was a full-time bar tender for about six years. And previous to that, I’d done work in call centres, and I also worked in retail, in shops, since about the age of 16.

00:01:55 I didn’t have any direction. I left school at 16, had no idea what I wanted to do. I kind of ended up working in retail just ’cause I needed a job when I was at college initially. Obviously I dropped out of college after a few months. I kind of had a vague idea that I wanted to work in a more creative atmosphere.

00:01:12 I was very lucky in the fact that I bumped into a friend of mine who I know from one of the bars that I’d worked in, who worked in theatre. And he’d had one of his guys basically just injured themselves, so he asked me if I could fill in for him. And it started off just as a temporary fill-in, but once I got the taste for it I kind of knew instantly that – that it was something that I really wanted to pursue, and something I really wanted to do.

00:01:35 What held me back the most in getting to where I am – there are lots of contributing factors. I had some very close family members died when I was in my early 20s. Other things like I’d – when I was 21 I discovered that I had a daughter – in fact I was 20 when she was born. I guess I was sort of mildly depressed, low self esteem, wasn’t sure what I was doing with my life, had a lot of these external factors, so it was a big step to kind of go – Right, I’ll walk into this field where I know nobody, don’t know anything, and I’ve very little idea of what goes on. So it was a massive step when I finally did it.

00:02:21 I didn’t have a very good time at my High School. My Mum was actually ill for about four or five years with ME. So basically I – she dropped me off at school in the morning, I’d walk – make my own way back to – to home, and I’d have to cook my own dinner, and do the cleaning and bits round the house and stuff. It was very hard to kind of crack on with everything when the person – the only person who could really have been there for me, wasn’t. Not because she didn’t want to be, but because she was unwell.

00:02:50 So I mean basically I kind of had the idea that I just wanted to get out of that school, I just wanted to not be in that school. I spoke to my Careers Advice and they were – all they could say was stay and do your A-Levels, or do your A-Levels somewhere. I decided that I was going to go and specialise, and I was going to go to the Leeds College of Music. I applied, had an interview, got in for a BTech – two year BTech course. I did that for about three months. In that three months I kind of fell behind with all the bits of work that I was supposed to be doing. So I quit the course after about three or four months, and that’s pretty much when I started working.

00:03:26 Now that I’ve finally got here, the last sort of 18 months have been absolutely brilliant. I – you know, I get up and actually want to go to work at eight o’clock in the morning. I’ve had bar jobs where I’ve had to go in at eight o’clock in the morning for various reasons, and you just wake up with this sinking feeling, this feeling of dread. The experiences that I’ve had have built me up and made me stronger, you know, it’s knocked me down, but I’ll get up again. If it doesn’t kill you it makes you stronger. I’ve just kind of got up and just battered away and done it.

00:03:58 So I mean I was kind of always looking for a bit of acceptance from me mother from that, and it wasn’t until really that I started working in the theatre, last sort of year and a half that – she is really, really proud of me now. But it’s great for me, and it’s nice to know that – that she’s more proud of me than she was.

Joe has faced a lot of challenges in his personal life but he knows that each experience has built him up and made him stronger. After dropping out of college he worked in shops, call centres and bars, but it is only since a friend helped him get a foothold in a job at a theatre, that he has felt really positive about his career. As stage technician at Leeds Grand Theatre, he wants to go to work at 8am in the morning! 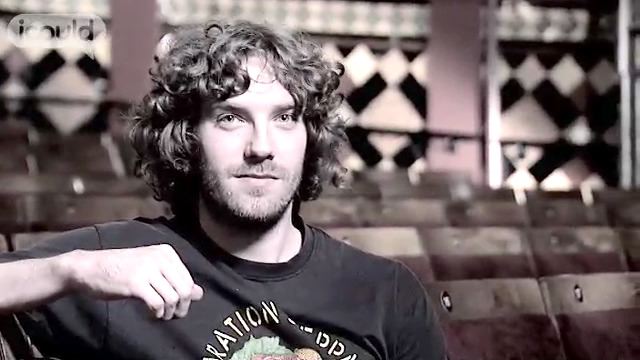