00:00:19 Some of jobs, some of the places we go are quite dangerous when we’re working forward at the main operating bases in places like Basra when we go further forward into what they call the green zone in Afghanistan where we work closely with the aircraft there and the squadrons on the ground and give the support they need so they can deploy the troops further into the battle zone where they’re actually needed.

00:00:41 My main inspiration in life really was when my grandfather who was, he was in the Second World War himself, albeit he was a mechanic but he was a very clever, intelligent man and he helped me through a lot of the tough times as a kid and he was the biggest inspiration for me to go on and make something of myself and let me see that I can overcome any difficulties by hard work and determination.

00:01:17 Ever since I’ve been a child it’s always been a dream for me to join the Air Force, watching the old black and white war movies and stuff and watching the Dambusters and things that have always inspired me to want to go ahead and do something that’s just that bit different from civilian street.

00:01:29 My older brother was actually in the Royal Air Force himself and he started off in the air cadets and I followed him into the air cadets and got the experience of Air Force life through that, going to summer camps and shooting and flying and gliding and thought I fancied a career in the Air Force. I joined the cadets when I was 13 and you go through the same sort of rank structure as is in the Air Force.

00:01:48 You start off as a young LAC/SAC and go through all the ranks and I managed to stay long enough to make it up to the rank of cadet Warrant Officer which gives you the responsibility and the tools you needed to join the Air Force. I joined the Air Force when I was 17 going on 18 years old. I went to the careers information office and they gave us a list of careers that you could do and I ended up becoming a supplier.

00:02:11 When you first join up and you leave the CIO, you’ve joined the Air Force for real, you end up going to, we ended up going to Swinderby just outside Lincoln for six weeks crash course on how to become an airmen where you end up doing all your basic fitness tests, you learn to shoot and you learn all the military skills required to go further on past your trade training then.

00:02:30 After the six weeks we get sent to Hereford which is now where the SAS train and we did our supply basic training there along with the chefs and the admin clerks. From there then I was sent to RAF Marham which is on the other side of the country to Norfolk and stayed there for five years and learned my basic trade. That’s where you get your trade skills.

00:02:52 The best of my job is you get to work with a variety of different people, whether it be the people on tactical supply wing or the guys from the parachute regiment, the marines, it could be any of the Army squadrons and you deploy forward and you deploy the small good knit team and you get to know people really well in situations like that.

00:03:10 There’s also the fun element when you get back home and the opportunities to play sport. I mean, I’ve played sport for the RAF, I swam for the RAF and I represent my unit for rugby and I’m the rugby coach and it’s a really good life in the Air Force.

00:03:23 The bad is the fact that you spend some time away from your family. I mean, I’m a married man with two children and I’ve spent a fair few years away from my family. I mean, I missed most of my son’s, my oldest son’s 10, I’ve only seen four of his birthdays in that 10 years. But that is the bad element of the job. The good is when you come back you are well looked after and you do get your days off when you come back.

00:03:45 It’s an absolutely fantastic job and I would recommend it to anybody. There’s the chance to see the world, go places you never, ever dreamed of seeing but I’d certainly like to see the rest of my career out and achieve the rank of Warrant Officer and become the tactical supply wing Warrant Officer and retire and have a nice life travelling the world and seeing those bits of the world I haven’t seen without wearing body armour and helmet. ENDS

Refuelling helicopters in battlefield situations may not be for everyone, but Kevin W is passionate about his job and the opportunties it has offered him;he would recommend it to anyone. Following his childhood dream Kevin joined the Air Cadets at 13 and the Air Force at 17. He has travelled the world, worked his way up through a variety of roles and swum and played rugby for the RAF. 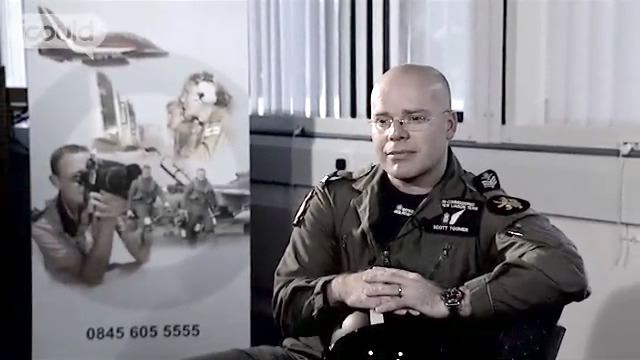 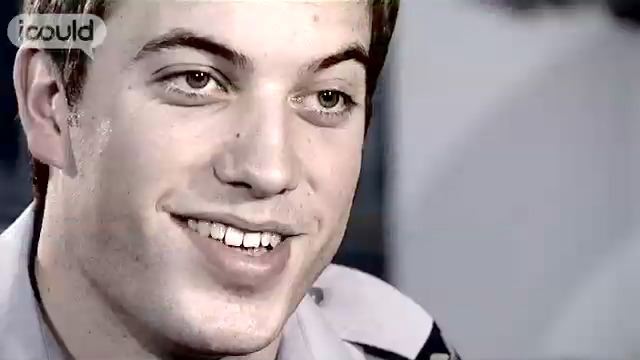 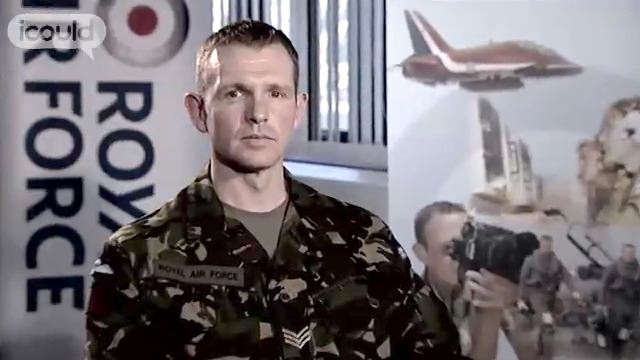