00:00:01 My name is Linda H and I’m Employee Development Manager here at Addenbrookes. An Employee Development Manager is there really to make sure that there’s training in place for support staff. So all the wide range of jobs that are not sort of necessarily the first thing that you think about. The hospital couldn’t run without the people that do the cleaning, the electricians, the plumbers, the carpenters, the gardeners. And those people need to be supported and looked after. It’s incredibly varied, and an enjoyable job because of that.

00:00:34 Academically I was probably OK up till about fourteen, fifteen, and then I had other interests! Got interested in boys, going out, and I think my school work deteriorated somewhat. Unfortunately after a year of doing A-Levels I decided it wasn’t for me, I needed to get out there and get into the workplace really.

00:01:48 From the age of two and a half I started dancing, and that was always my love. A friend of mine from school actually got killed in a car accident, and I just thought – now is the time to follow your dreams, and that’s what I did. I went off to London, took a couple of auditions, and then from then I danced for approximately probably eight or nine years. Doing something that you really really love, you put yourself into it one hundred percent. I actually finished dancing because my husband wanted to move to Germany to live. He got the chance of a job in Germany. Living there was very different. I found the German people very cautious. There was a little bit of – probably not accepting me. We decided that we wanted to come back to England to be with the family, so we left there, came back. I started off at Addenbrookes as a part time Receptionist, which must have been on the lowest grade that you could come in on. I’ve just had lots and lots of opportunities, and just career-progressed through it. Often it’s a case of just being in the right place at the right time and showing willing, showing willing is really important because then I think other people see those opportunities for you. And I think, if I’m honest, that’s probably happened to me quite a lot, that it’s other people that have seen things in me that I haven’t actually seen.

00:02:30 Some people are really really focused and know exactly what they want to do, and for me I like change, I enjoy change. Some people are very uncomfortable with change, but it motivates me and drives me. Yeah I think there’s probably – well hopefully more highs to come. I’m not finished yet

Employee Development Manager Linda H, followed a passion to become a dancer before working her way up to where she is today. She says “Often it is a case of just being in the right place at the right time and showing willing, that’s really important because then I think other people see opportunities for you.” 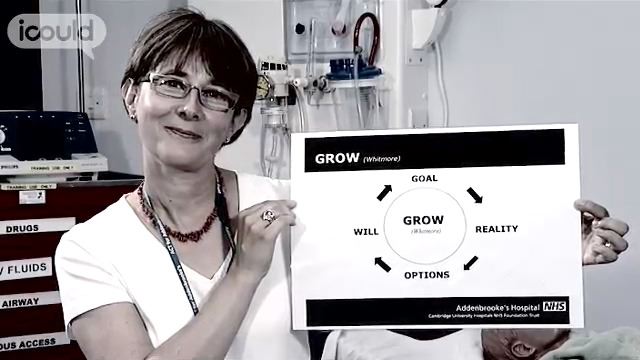