00:00:02 I’m David Neuberger. My job is a Law Lord, or to give it it’s full rather pompous title – a Lord of Appeal in Ordinary. In ordinary English, that means I’m a member of what, for the United Kingdom, is the Supreme Court. I’m normally one of a group of five, deciding appeals on points of Law, normally important points of Law. And they’re normally cases which will have been decided by a Judge, the party was unhappy with the decisions, would have appealed to the Court of Appeal. And then the person who loses in the Court of Appeal will have been unhappy with the decision in the Court of Appeal, and they’ll come to us. And we will be normally the final decider.

00:00:43 I didn’t have the faintest idea what I was going to do when I was at school. I drifted into being a Scientist, I don’t quite know why in retrospect. I did Science at University that didn’t really suit me at all, and I didn’t have the faintest idea what I would do when I left University. And I went into investment banking. And after two years I realised I wasn’t fit for that. And it was a chance meeting with a friend who’d just started being a Barrister, that made me think I’d like to be a Barrister. I think, like lots of people in their early or mid twenties, I was in a hurry. And so – Science hadn’t worked for me, and Investment Banking hadn’t worked for me, I felt that I had no future, and that everything was falling to pieces. I looked at a bit of Law, and actually thought – this is rather fun.

00:01:33 Sometimes – it doesn’t happen to everybody, and I was very lucky – but sometimes something suddenly strikes you, and you think – yes, this is the right thing for me. The fact I had to wait a bit for it, do a couple of jobs that didn’t suit me, made it all the more pleasurable when I thought I’d found the right job.

00:01:51 Because I thought I’d like Science, and because I thought I’d like Investment Banking, even though I thought I liked Law, I thought maybe it would turn out to be another mistake. And initially I thought it had, because after I got my exams, what you have to do then is you become a Pupil, which is like an apprentice in Chambers. And you hope to get taken on as a member of the Chambers, so you can practise. I had a succession of Pupillages at the end of which somebody else, another Pupil, was taken on instead of me. And after the third rejection I almost thought – this is another mistaken career decision. I do remember that a friend of mine who was in Investment Banking – very successfully, unlike I’d been – at one point suggested I went for an interview at an Investment Bank. And that really was the low point. I’d failed to be taken on in three sets of Chambers, and I was going back to Investment Banking that I was no good at. But it proved to me that, in retrospect, dark is the dawn when day is nigh – because shortly after that I got a Pupillage in the Chambers where I eventually got taken on. Having had a difficult time, having had to fight to get established as a Junior Barrister, did make me much more determined.

00:03:07 Initially the responsibility’s rather awesome, and you’re quite frightened. I remember the first day I appeared on my feet in Court, I was almost physically sick, and when my case was called on I almost ran out of Court, I was so frightened. All I needed to do was get up and say I don’t oppose. But I was so nervous I imagined all sorts of possible things happening, including the Judge saying – not only do I refuse the adjournment, but I’ll hear it straightaway. And I spent two days preparing the case. It was completely absurd, in retrospect. But in another sense, that sort of experience of preparing a case was a very good one. I mean I’ve been very lucky. What’s nice about the career I’ve had is that it does have certain definite stages, and at each stage I’ve felt that I’ve been very lucky, and at each stage I’ve rather regretted leaving the previous stage behind.

00:03:56 What does my career mean to me? It’s a very good question. I think it’s very important, at times if you asked my wife, I think she’d say it’s too important. I’m quite frightened of retirement, because it is a much – it’s as important part of my life as my private life. It really is as enjoyable, and important. So in a very self-centred way, it’s very important to me. And – but it is partly because I enjoy it, partly ’cause it’s responsible, and probably ’cause I’m just a bit of a workaholic actually, that’s probably the third reason, bit obsessive.

Lord David Neuberger is a Law Lord – “In ordinary English, that means I’m a member of what, for the United Kingdom, is the Supreme Court. I’m normally one of a group of five, deciding appeals… on normally important points of Law”. He came to Law after trying several other jobs and, despite some setbacks, now has a very successful career in the justice sector.

More information about Barristers and judges

Description
? Job holders in this unit group prepare and conduct court cases on behalf of clients, preside over judicial proceedings, and pronounce judgements within a variety of court settings and tribunals.
Qualifications
Entry to training requires a qualifying law degree or postgraduate diploma. Entrants then undertake a one year Bar Vocational Course followed by pupillage in one of the Inns of Court. The system for training of advocates in Scotland requires a postgraduate Diploma in Legal Practice followed by two years’ training as a solicitor. The position of judge is obtained by appointment of those who have substantial post-qualifying experience in legal practice.
Tasks
Employment by region
?
Top 10 industries for this job
?
Legal & accounting 15860
Public admin. & defence 9797
Membership organisations 6023
Food & beverage services 1415
Employment status
?
Skill importance
? 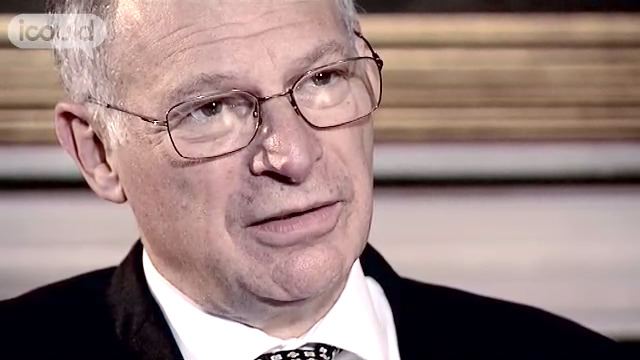 Job Listings for Barristers and judges: