0:00:02 Hi. I’m Martin T. I work at Humber VHB Western Nurseries and I’m training to be a team leader. The team leader in the unit will be responsible for leading the team on a day-to-day basis. He’ll give you the jobs to do. Make sure the jobs are done thoroughly and completed. So, that’ll be all the tasks. All the jobs that are designed. All the selling of the product. Make sure the products at the right stems and the right lengths to be cut and taken off.

00:00:26 Well, when I was at school it was more of a case of leave school, be famous, never have to work but I happened to fall into the job from an ex-girlfriend. Her dad was the, the management here. He got me a weekend job and in ten years down the line I’m not just a boy anymore. I’m the one they have to come and see to get their jobs in the morning now. I started right at the bottom and then I worked my way almost to the top. So, it’s a bit of a change around for some people but hopefully that’s a sign of the future.

00:00:56 My father was a carpet fitter all his life and I could have done that. I was almost going to do that. I left school. I, I got my tools. I was going to be a carpet fitter and I just decided that, you know, I didn’t like it. I wanted something else and the greenhouse appeal, appealed to me. I thought it was too hard work. Seeing my dad, his, his knees are crippled at sort of fifty. I didn’t want that. I want to be able to play with my kids when they’re older, when I was older. I used to go to carpet fitting three times a week with my dad on a, like, a Thursday, Friday and at that the weekend and I’d also work at that the weekend and two days in the greenhouse.

00:01:31 Well, when the two jobs were overlapping like that it got difficult with days off. You know, you had girlfriends, you had friends, football and that that I loved. And you, you find yourself getting tired. I’d go to doctors. I’d burn out. You know, I was going to the gym. I was doing football. I’d work. And at 17 having burnout as quite a young, fit man, I know I had problems. So, I stopped the carpet fitting, took this job on fulltime and I had time for my friends and family and football then.

00:02:00 You´re working seven till five in the glasshouse in a hundred and ten conditions and then you got home and you wanna see your friends and you realize you can’t actually get out of that bedroom to see your friends because you’re so tired you can’t move. And then you, your doctor says you’ve got to take a setback. You’ve gotta, you know, relinquish some of that pressure. And then I start doing more – well, I stopped doing the hours, I did less hours, doing less work and, and that sort of helped me out then.

00:02:27 When I first walked in my job was the lowest. You – I was the kid. I was the boy at the weekend. Any jobs they didn’t wanna do give it to Martin, he’ll do it. I mean, even cleaning up to put your hand in drains. They always said, our Martin’s gonna be the next one in charge. And it was funny because the old management here, they all used to joke around and say, our Martin’s his son. You know, I used to act like him, just do little things. And he always used to sort of take me under his wing, you know, show me little bits. And that, so I think people knew, you know, before it happened people they knew I was gonna be half in charge.

00:02:59 The company’s never held back anything that I want to do. They send me for qualifications and courses which at school I didn’t really learn a lot but here I’ve done NVQs in growing. I’ve done welding. I’ve done first aid. I’ve done anything they want. Spraying certificates. So, I’ve learned quite a lot being here as well. Like I say, now I’ve progressed up to be a training team leader all my team leader weekends. And that’s what the goal is, to be in management after that. You know, to go all the way to the top. Don’t wanna stop at the bottom.

00:03:31 You know, I wanna be progressing on just not my work but the unit’s work. Push the unit forward. Push the company forward. But that, that would be down to the management and the directors of the company to push those details through, not me. If they can see I’m working well. I think my work does its talking for me.

Martin T works in horticulture and is training to be a Team Leader. He is working his way up. He says “When I first walked in my job I was the lowest. The company’s never held back anything that I want to do. You know, I wanna be progressing on not just my work but the unit’s work. Push the unit forward. Push the company forward.” 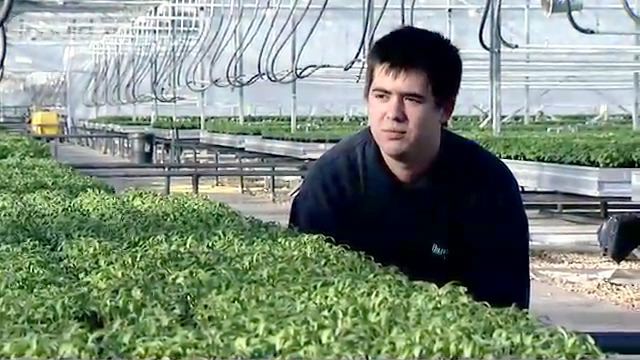 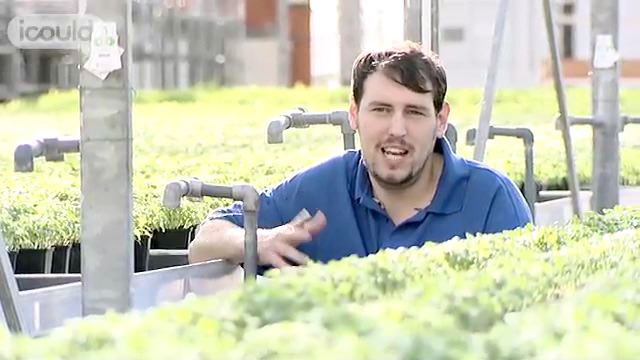 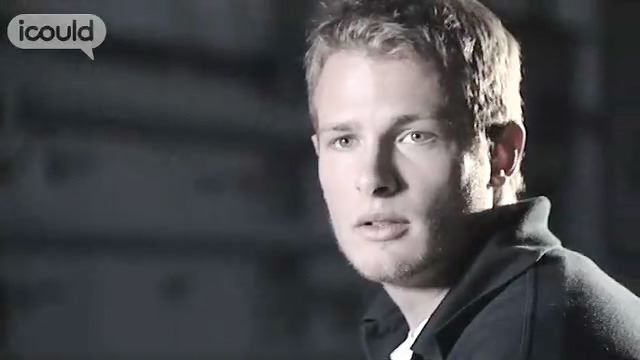 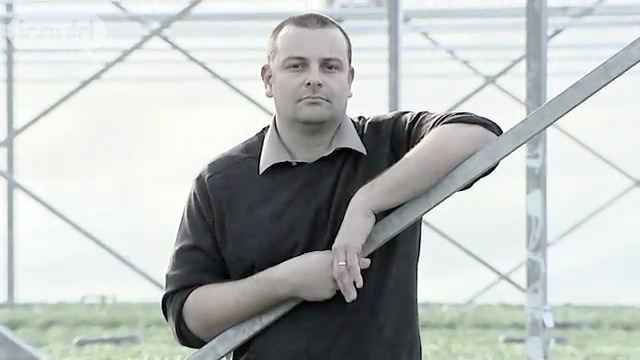