00:00:02 My name’s Morven C and I work at Irving Station. I deal with all sorts of questions all day to do with the running of trains, journey times, ticket prices. The booking office is mainly customer orientated and they get first priority. When I was at school I wanted to be a marine biologist and a deep sea diver. The reason was was my uncle worked in the American Navy.

00:00:31 It was amazing the amount of stories he could come back with to tell us and it just inspired me so much. It was always something I wanted to do. The stage I stopped thinking at it was probably the middle of high school. I kind of changed my direction. It’s very difficult when everybody else is out hanging about and you’ve got to do your studies. I would say that, I mean, I did get diverted from my studies quite a few times.

00:00:58 I got my standard grades but I never stayed on to do my highers which I regret very much because the peer pressure is [get out of the house and stuff and maybe left] and you just kind of want to go down that road with them. My first job was in Jeanster and it was a retail shop and it was a Saturday job and it was my cousin that got me it because he was the manager of the shop. To me it was really good fun but on a serious note, I was coming out with a good wage at the end of it so I think the experience made me want a job even more.

00:01:32 Being in my first job it was like I knew that I had to go and do this but I knew I was going to have my free time as well and then the money at the end of it was just, so you just felt like a big woman kind of thing at that age. Because all your pals were getting like pocket money off their Mum and Dad and you would just go to your wee bank to lift your money out your wee bank book. I went into bar work after I had Amy at 18 and then I went into security.

00:02:03 The reason being was I was in an abusive relationship and I wanted…when I got out of it I wanted to get myself back to being me and the respect I got back from that and the confidence that I built up with that job was phenomenal. It was amazing and again knowing that I could provide for my daughter being a single Mum was an amazing feeling as well. And I just kept on bettering myself.

00:02:29 And I went to join Escape and that was like a big entertainment complex. When I got there they asked me if I wanted to train as a manager and my mentor was Julie. She trained me up and everything and then she left to actually joined the railway, believe it or not. So, Jules left, I got made up to manager. I done it for about a year and a half and Julie and I kept in contact.

00:02:58 So, she was working for First ScotRail at the time. She said, “Why don’t you come and work for us?” So, I went for it and I got the job. In 10 years time I see myself hopefully well moved up the ladder away from the booking office side. I mean, the booking office side is a great, great job, it’s very well paid, but I think in myself I don’t want to stay there, I want to move up. I quite fancy going for a driver’s job.

Morven C helps customers at Irving Railway Station. She broke away from an abusive relationship and trained as a manager of an entertainment complex. “The confidence that I built up with that job was phenomenal. It was amazing and again knowing that I could provide for my daughter being a single Mum was an amazing feeling as well.” Then her former boss persuaded her to move to join her at ScotRail.

Description
? Rail travel assistants issue, collect and inspect travel tickets, provide information and assistance to railway passengers, operate train doors, and perform a variety of duties on station platforms in connection with the arrival and departure of trains and the movement of goods and passengers, and on trains to ensure the safety and comfort of passengers.
Qualifications
There are no formal academic entry requirements, although entrants are required to take a medical examination and have normal colour vision. Training is provided off- and on-the-job. NVQs/SVQs in Rail Transport (Passenger) are available at Level 2.
Tasks
Employment by region
?
Top 10 industries for this job
?
Land transport, etc 13054
Warehousing, etc 6818
Employment status
?
Skill importance
? 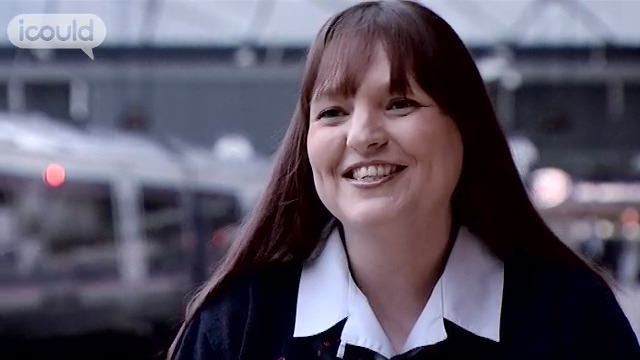