We use cookies to improve your experience of our site and to track site use. Please let us know if you agree to these cookies.
No, I want to find out more
Career ideas and information for your future
Explore: Being open to opportunities

00:00:03 My name’s Rawle C, I’m a Relationship Manager for FundsNetwork. Day to day aspect of it, for that role, actually involves liaising with Key Account Management. During the day at times you’ll probably speak to a lot of the key shareholders at these companies. So maybe the Managing Director of the company, maybe their admin staff. We may have conference calls with them, we may have training sessions with those individuals. The good thing about the role itself from a day to day, you don’t simply sit there and do one aspect, you have to actually speak to a variety of areas throughout the business, internally and externally.

00:00:37 At school I loved Art, so I did painting, drawing. From a entertainment point of view, I used to do singing and acting. Then I went to a Performing Arts School that opened me up to the entertainment world, to see what was out there, could I actually take this forward as a career.

00:00:55 I went to Brooks Performing Arts School, and they had a GNVQ Advanced in Art and Design. And then I did Singing and Acting as well. You understand it’s very cutthroat. I thought I was pressing it very hard, I like challenges, but I think I had other abilities that I could utilise what I’ve learned from the acting and singing and use it in another – in another way that I wanted to use it.

00:01:17 I then went to University and did my degree, and that was in Visual Communication. Where the University was was in Hampshire – so someone that’s very used to the city, Hampshire was very much in the woods, as I would say. And living down there I think was the best thing so, you know, you really got into your course, you really got into what was required of you, and I think doing my degree down there actually helped, and actually opened up my eyes a lot more.

00:01:41 One of the companies I worked at was a German company, and my first job was with them as a Senior Web Designer. I did that job for about a year, and after the year I saw another company in Hertfordshire, Hunter Lodge, and I applied for that company. That was, I think, probably one of the best steps I ever did in Design.

00:02:07 As time went on, projects got better and better, but unfortunately the market at the time went down. The company had to fold at that point, and we had a meeting about it in the Board Room. He actually had to let us go.

00:02:22 Normally I would go to my Mum to discuss everything, but I wanted to see what my Dad had to say. So he was very much – you need to pick yourself up, you need to look at your opportunities, what have you learnt to this day, you need to really look at any other avenues, and potentially how could you integrate those skills into something else, if what you really wanted to do did not come up?

00:02:43 Had a think about it, and I went to an Agency near where I live, and they said what about Fidelity? Didn’t know who Fidelity were. They said well it’s an advisement – it’s a finance company, they’re based all over the world. I said OK, I’ll go for the interview. I think the first thing the individual at HR said is – you did a load of design, how come you want to do finance? Totally different arenas. And I said well – explained what happened. I said however, I’m more than happy to kind of look at different avenues. She said – well I did nursing, and I now work here. Two different things. So, you know, the possibilities are there.

00:03:26 My parents are surprised in what I’m doing. They thought I would still be doing probably singing or acting, but they’re not surprised because they know I am the sort of person that doesn’t give up. With this chosen field I think I’ve actually gained quite a lot out of it, and they’re actually as surprised as I am, to be honest. I think 18 years old, the last thing I was thinking about was probably wearing a suit, and coming to work on a day to day basis. I think when I do look at it now, I’m actually very pleased with what I’ve done in the time I’ve been here, and first with the direction I took.

Rawle C is a Relationship Manager for Fidelity. He’s amazed he ended up in the financial services sector, wearing a suit to work every day. That’s because his qualifications and experience are in performing arts and web design.

Description
? Job holders in this unit group manage client accounts or departments within financial institutions (such as banks and insurance companies) or manage a variety of financial accounts within other organisations.
Qualifications
There are no formal academic requirements although professional qualifications in accountancy may be required by some employers. These qualifications can be linked to NVQs/SVQs in Accounting at Levels 2, 3 and 4, and apprenticeships may be available in some areas.
Tasks
Employment by region
?
Top 10 industries for this job
?
Auxiliary  services 16909
Financial services 16451
Legal & accounting 15620
Wholesale trade 12684
Retail trade 8604
Head offices, etc 8164
Services to buildings 7309
Computer programming, etc 6497
Specialised construction 4722
Public admin. & defence 3774
Employment status
?
Skill importance
? 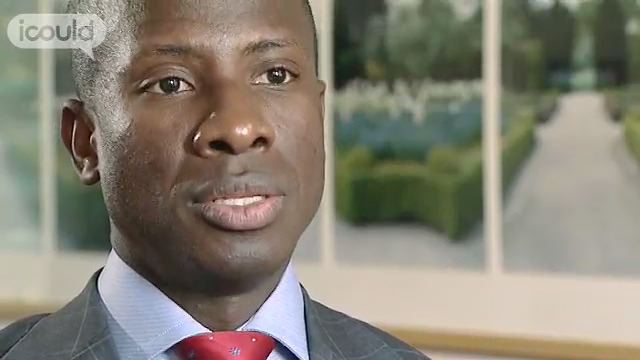