00:02 My name’s Suzanne P I’m a composer and I’m doing a PhD at the University of Edinburgh.

00:08 My PhD involves writing a portfolio of compositions for various types of ensemble ranging from maybe a solo work to an orchestral work or maybe an opera.

00:31 I didn’t have a very good time at school I was, I had some, I had a few brilliant die hard friends who are still my friends now and but mainly I had a really difficult time getting along with people. I was clever, I, and I was ashamed of it, I was very interested in pop music but I played a clarinet and you know sometimes people didn’t think that was so cool and I wasn’t very good at sport and I had acne and had asthma and none of it was going my way.

01:01 You were so much more able to empathise with other human beings if you understand what it’s like to be on the bottom of the pile. It was one of my secondary school teachers in the same week he told me off for playing the piano with the pedal down which was just making a horrendous racket but it was how I wanted to play it and he just said I was not very good at playing the piano basically and complained about the racket I always made and then another point he told me that I would never be a musician, I was never be professional musician and I just remember thinking what on earth do you know about it, I know so much more in my heart that this is what I want to be than, than you know and I look back on that now and, and think about how bad he made me feel but how right I knew I was. Well I went somewhere else for my 6th form I went to Truro College which was a really big wonderful modern melting pot of all sorts of people. They were all very clever and very diverse and finally I, I was quite popular I had lots of friends and had a really good time and it was brilliant and I didn’t get my 4 A’s, which I should have got, gosh terrible. I had a boyfriend at the time and it all went a bit wrong. I got 3 B’s and a C which for me having walked out of school with just A*’s and A’s for my GCSE’s it felt like the end of the world.

02:37 So I’d just left the Royal Welsh College of Music and Drama where I had a really amazing time. I got my degree and then I got my masters and then I was very lucky to, to be associate composer at Music Theatre Wales and when that residency finished I was finding it very difficult to keep afloat, I couldn’t pay my rent anymore in, in Cardiff so I had to move home and live with my mum, which was amazingly generous of her and we had, you know we had a good time and I worked in a shop and, and but I felt, I really felt like I’d failed, I felt like it was the end of the line. The jobs I disliked were cleaning, waitressing, I’m a terrible waitress, terrible, terrible waitress and yeah for my one job I lasted an hour before I got sacked cos I threw soup all over somebody by accident and he was wearing a tuxedo and it was really bad.

03:33 I am a musician, there was never anything else. There were lots of things that I could have done and was really interested in doing. I was interested in forensic science and anthropology, really wanted to be a lawyer but there seems to be this underlying fact that I am a musician. Sometimes I think that it’s all gone a bit wrong and I was actually just supposed to be the lead singer in a band or something.

Suzanne P is a Composer doing a PhD at the University of Edinburgh. Despite being told by a teacher at school that she would never make it, she says "I am a musician, there was never anything else".

Check out 8 videos about this career

There are no formal academic entry requirements although many possess a degree and/or diploma. Entry to a degree or graduate diploma course requires A levels/H grades. Entrants to the performers’ diploma course generally possess GCSEs/S grades and Associated Board Graded Examination passes in their chosen instrument(s) and will be required to audition. Apprenticeships at NVQ Levels 2 and 3 are available in some areas. 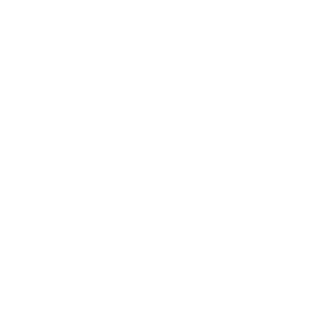