00:00:01 I’m Trevor Nelson, I’m a DJ, a broadcaster, and I’m on Radio 1, I’m on Radio 1Xtra, the digital black music channel, I do the Breakfast Show, five days a week, and I’ve also got a show on Radio 2. And I do gigs. Ibiza every summer, a whole season at a club called Pacha. So I’m pretty busy. Sometimes in life you find something that – Craig David said it, I know it’s really corny but – born to do it. You just do something that you – you find is you, and I don’t want to stop doing what I’m doing it’s – I find it easy, I’m very comfortable with it, and I enjoy it.

00:00:37 I didn’t have a plan when I started, when I sort of was at school I really was scared of what to do. I wasn’t naturally good at anything. My only passion was music, I loved music. But I knew I had to get an education, so obviously I passed my exams. But instead of getting As and Bs, I was more C and B. I think the toughest thing for me was – I didn’t know any kids who went to University in my area. I grew up in Hackney, and it just wasn’t the normal thing. People just went out and got a job. My Dad wanted the best possible education for me, and he was so scared of me not getting that, that he actually ends up bullying me. When I got a B – what happened to the A? When I got a C – what happened to the B? You know, and after a while that wore me down a bit, and I thought – am I studying for him or for me?

00:01:17 I had a lot of questions when I was young, you know. I was a black kid being brought up in Britain, I was asking my Dad – why are we kind of different, you know. So I used to be quite a solitary sort of kid, I used to stay in my room, liked to play music. Just weird, I was a bit of an introvert that way. I started DJing because when we had a school disco, it was a boys’ school, we had to invite girls to come to the disco. So I said can I be the DJ? Because I didn’t want to ask a girl to dance, I was so shy! So I became the DJ, I liked what I saw, and from that day on I started doing it as a hobby.

00:01:50 I had really good knowledge of music, and the guy who owned my favourite record shop – managed it – hired me basically, to import records for him. My job was to order records from America, pick ’em up at Heathrow, and then sell them to independent record stores around London and the South East. My dream job really. My passion for music became my job.

00:02:12 The first job I got in the music industry was offered to me because someone spotted me, and said I think you’re good at this. Then I got offered Kiss pirate radio station, someone asked me would I like to join Kiss as a pirate? I got offered MTV. Everything I’ve done, someone’s offered me. I’ve never chased it. I’m lucky maybe, or I work so hard that I get noticed. My first show on Radio 1 was terrifying. Because obviously I grew up listening to stations like Radio 1. You’re talking to over a million people, your first words just don’t want to come out, you know – you’re just go (GRIMACES) – you know I was literally shaking like a leaf. I did have a moment when I sat there and I thought – wow, from my little attic room in Hackney to Radio 1 national radio.

00:02:57 I think the problem with being – music being my career – it can shut down so many other cultural things. It can make you just a bit one-dimensional as a person. You know, I was talking to people and just talking about music. And then I realised that I’m sounding like a bore now, got to be a bit more rounded. I find that exercise is a great way of keeping my work ethic up, because it’s something that no-one wants to do. No-one wants to do it, so I do it at home on my own.

00:03:25 My Dad was a bus conductor, and he bettered himself by becoming a Financial Adviser, my Mum was just a char maid, we were pretty – pretty working class, you know, but he bought a house. All his mates were living in Council flats, he bought a house. Even though I fell out with my Dad as a teenager like most teenagers will, you just do, he instilled stuff in me, you know. He always said you’ll ever make it in music, you know, he always said music’s not the one, you know. And now he’s the proudest man alive. I get up and I motivate myself every day, because I think no matter what I did, it’s nothing compared to what he did.

00:03:59 My ambition in life was simple. I wanted a nice missus, to go on holiday every year, have a house, and a nice car. That was my ambition in life. And I’ve got most of that. Not all of it, but most of it. So I’m pretty happy.

Trevor has always been passionate about music, his first job in a record store put him on the path to opportunities with Kiss FM and MTV that led to his career with Radio 1 and 2. He used his early shyness to manoeuvre himself into the position of DJ so he wouldn't have to ask girls to dance!

Data powered by LMI For All
?
£0
average salary

Description
? Actors, entertainers and presenters sing, portray roles in dramatic productions, perform comedy routines, gymnastic feats and tricks of illusion, train animals to perform and perform with them, and introduce and present radio and television programmes.
Qualifications
Entry does not depend on academic qualifications although some drama schools require candidates to have GCSEs/S grades or A levels/H grades or a degree. Entry can be based upon an audition. Membership of the appropriate trade union is usually required. NVQs/SVQs in performing arts are available.
Tasks
Employment by region
?
Top 10 industries for this job
?
Other personal service 15786
Sport & recreation 10253
Arts & entertainment 6971
Membership organisations 3638
Libraries, etc 2764
Office admin. 2396
Publishing activities 1633
Health 1630
Employment activities 1208
Film &  music 1136
Employment status
?
Skill importance
? 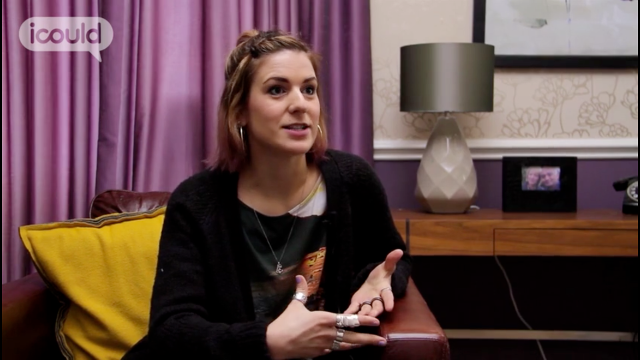