We use cookies to improve your experience of our site and to track site use. Please let us know if you agree to these cookies.
No, I want to find out more
Career ideas and information for your future
Explore: Emergency services

0.00.00 Hello, my name’s Adrian W and I’m a Police Constable working for Northumbria Police. A Police Constable as myself is a 24 / 7 cop. It’s basically responding to incidents within the public and the local community. What I do on a daily basis is if someone rings in needing the Police I’ll be there first on the scene to respond to any calls that the public make. Obviously investigation work, you know, if there has been a crime we have to investigate.

0.00.30 We want to find out who’s done it, okay, and there’s a lot of investigatory work to be done. It’s not just responding to calls all the time. A lot of the time, you know, it is perceived that we do a lot of paperwork, but a lot of this paperwork is basically for the good of the investigatory case and make sure that we do get someone and bring them to justice. When I first went to school I didn’t have a clue whatsoever about what I wanted to do in my career. I didn’t really enjoy early on. I knew that I had to go to school and gain qualifications,

0.01.30 I had a few placements at large companies in IT where I spent four to five weeks and what I found I didn’t like was working in an office all the time, basically sitting at the computer, I felt frustrated that I was tied down to doing a specific job. The big turning point for myself was I had one of my best friends, he had joined the Police Force, he started the same time as I started working for this company in IT.

0.02.00 After work we’d all meet up and have a laugh together and basically we’d talk about what happened through our days basically, our basic day. I would have to say the same thing every time, yes, I went to work, looked at a few emails and worked on a spreadsheet until five o’clock in the evening, where he would be able to say that basically it’s such a varied role what he had, I mean from one day he’d be in a car chase chasing someone, from the next day, well he’d be, you know, possibly at someone who’d passed away.

0.02.30 But every time he said something it was basically something different, you know. He had such a varied range of jobs that he had to attend to, it was fascinating and basically I nothing really to say in my life, well my job was a bit boring compared to himself. Well my dad, he worked out down the coalmines down in Ashon so obviously he was really busy, but I really looked up to my mother. She worked as a district nurse working in the public sector.

0.03.00 And she would basically deal with the public as well. She really inspired me to deal with the public. She would tell me how she’s helped basically in the community and how she enjoyed giving a service. I looked up to her and basically saw her as a role model to be fair. I do have career prospects obviously to progress in this role. I think the next step is possibly go for my Sergeant, possibly be Sergeant, and then obviously the investigatory side

0.03.30 of things, obviously being a CID Officer later on, but there’s so many options out there. I’m only young in service so I’ve got plenty of time to decide. Outside of work I’m adventurous, very sporty, play a lot of football. Basically you can’t keep us in the house, I’m always doing something. I get bored easy so I have to be outside. I like do a lot of walking, a lot of rock climbing, basically adventure sports really, keep my mind off the job.

Adrian W is a Police Constable with Northumbria Police. He was a graduate working in IT. After work he would meet up with a friend who was a police officer and he realised that he would rather be chasing a suspect in a car or helping out when someone died rather than filling in spreadsheets. So he applied.

More information about Police officers (sergeant and below) 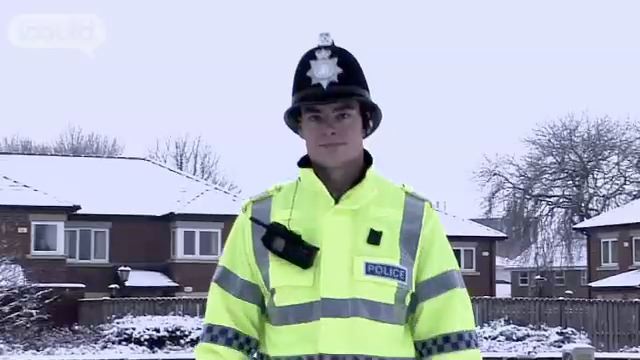 Job Listings for Police officers (sergeant and below):