00:00:02 My name is Andrew L, my job title is central distribution centre operations manager for Spicers Limited. Within that role I’ve all functionality of the warehouse in terms of procedures, picking, packing and distribution of the goods within the Spicers network. After doing my A levels I took a trainee manager’s job and that led me into really logistics and warehousing. While I was in that role I progressed and took my Diploma in Management Studies at De Montfort University whilst carrying out a full time job.

00:00:32 So, I did them in my own time after work which was very difficult and challenging. From that I’ve progressed in my career through the role of obviously trainee manager to warehouse manager, shift manager, operations manager, general manager and now my current role for Spicers. What I enjoy most about my job is the challenge. It’s different every single day. You’re dealing with people which I enjoy and you’re dealing with all different circumstances and situations.

00:00:59 Probably the inspiration in my life has been my parents. My parents were always behind me, they supported me in whatever I wanted to do and at times they sometimes, you know, pushed me to get where I needed to get, obviously finish that essay, do that exam, but it’s paid off in the end. My father was in warehousing, my mother was in midwifery, so, I’m probably going into a similar role to what my father was in but hopefully I’ll be more successful than him. I wanted to be a PE teacher, believe it or not.

00:01:26 So, I enjoyed all real sport subjects, you know, PE, things like that. Also enjoyed maths but I wouldn’t necessarily say that, you know, I studied a business or finance route or management route. I wanted to be a PE teacher. Favourite sports were football and cricket. Now I probably watch it more than I play it. I’m a season ticket holder at West Ham so I’m not going to advise anybody to be a season ticket holder at West Ham but that’s what I am at the minute. Obviously it’s probably most boys’ fantasies to be a professional footballer but there’s only a limited amount of people that can be a professional footballer.

00:02:00 So, you have to look at other options as well. I suppose when I finished my A Levels it was a choice obviously of going to university or it was getting a job and I got a golden opportunity of a trainee manager’s job. I got the opportunity to earn a reasonable salary for my age but also at the same time I got the opportunity to further my education as well. Working and studying at the same time was difficult but I could see probably the long term future that if I studied now and worked hard now, the benefits would come about and it has fast tracked my career.

00:02:32 Success is very important. You get to probably the level that I’m at now and you’ve got a good standard of living, you’re on obviously a good package. It’s not all about, you know, money and everything like that. If you know that you’ve done a good job, yeah, that means as much as sometimes as getting a pay rise when you get to a certain level. I was a young manager dealing with a lot of staff in my early 20s, which taught me a lot, you know, it taught me a lot about life and business as well.

00:02:59 Probably in my last three or four roles, I reported straight to Board level and all of them operations directors have helped me progress my career and gave me sound advice, which I can take with me anywhere. Treat everybody how you like to be treated yourself. Treat everybody as an individual, be approachable and they’re one of the best things that you can learn obviously on how you’re doing and how people are doing actually on the floor or people that you’re managing. You’re only as good as the team beneath you and that’s very important.

00:03:29 In 10 years I’d like to be obviously at director level. I’d like to go on and obviously do my Masters Degree in the future because I feel that as a Board member that would help me to become a Board member probably quicker, but also obviously gain a vast amount of experience over the next 10 years, really.

Andrew L is in charge of the packing and distribution of goods within Spicers, an office supplies wholesaler. After school he started a trainee manager’s job and took his manager’s qualifications while working full time. He worked his way up through a series of management jobs. “What I enjoy most about my job is the challenge. It’s different every single day. You’re dealing with people, which I enjoy, and you’re dealing with all different circumstances and situations.” He intends to climb the ladder even further. He would like to do a Masters degree and become a Board member.

More information about Managers and directors in storage and warehousing

Description
? Managers and directors in storage and warehousing plan, organise, direct and co-ordinate the activities and resources necessary for the safe and efficient receipt, storage and warehousing of goods and for the maintenance of stocks at an optimal level.
Qualifications
Candidates are recruited with a variety of academic qualifications and/or with relevant experience. Entrants to management trainee schemes offered by larger companies will require GCSEs/S grades, A levels/H grades, a degree or other equivalent qualifications. Off- and on-the-job training is provided. Professional and vocational qualifications covering a number of areas including supply chain and operations management are available at NVQ/SVQ Levels 2, 3, 4 and 5.
Tasks
Employment by region
?
Top 10 industries for this job
?
Wholesale trade 23190
Retail trade 23013
Warehousing, etc 15004
Rental & leasing 4424
Land transport, etc 3562
Postal, etc 3422
Specialised construction 3398
Sport & recreation 2938
Sale of motor vehicles 2790
Computer programming, etc 2487
Employment status
?
Skill importance
? 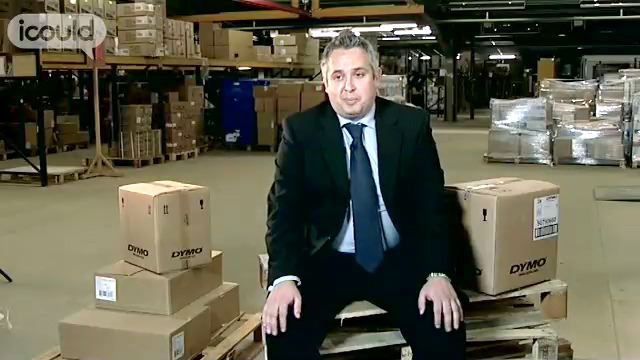 Job Listings for Managers and directors in storage and warehousing: