00.00.09 Hi, I’m Charlie H. I’m a Racing Driver and a Race Instructor. I race in sports cars and GT cars all round the world. In a couple of weeks’ time I’m racing out in Australia but everywhere around the world. My career began quite early in go-karts and single seaters but now in the sports cars and GT racing it tends to be more endurance racing. So most of the racing I do now is 3, 4, 5, 6 hour races and then obviously, or hopefully, this season I’ll drive in Le Mans in the middle of the year and that’s a 24 hour race so right up to 24 hours basically.

00.00.48 My dad originally started rallying years ago and we always had a bit, well we always had a motor sport kind of feel in the house. And they’re really supportive even now. Any race I’ll do they’ll come and watch and everything, every newspaper clipping and everything else. They kind of still support me and obviously and mainly help me financially a lot when I was coming up through the ranks as well. That was a big part. So they’ve been as much involved as I have really. At the same time, never been pushed into doing anything that I didn’t want to do so it’s been a good balance really.

00.01.23 The biggest impact would probably be having my first go-kart bought for me and going and doing my first race. I remember the enjoyment of the racing straightaway more so than pounding round testing and doing everything else, but actually racing itself, wheel to wheel and banging bumpers with people is the most enjoyable bit. I’m sure you can ask any racing driver now in Formula 1 or whatever level that the racing is, the most exciting and most fun of it. And so probably getting my first go-kart.

00.01.56 Most of the racing was, although I spent a lot of time in Germany was kind of planned around summer holidays and things. So I would always get back and have the main part before my exams or anything like that but decided not to do A levels because I was then racing in Europe again the following year. But then I did two years of business GNVQ and then after that I then went into my first year of car racing and I also did another GNVQ for a year in leisure and sport to kind of get an idea on that side. So although racing’s been a focus I’ve still tried to get as much education as I can really.

00.02.37 Two or three years ago I won the Formula 1 support races at the Melbourne Grand Prix in Formula 3 right below Formula 1. And that was probably a highlight. I raced at 11.30 just before the Grand Prix and there were 110,000 people there around the circuit but it’s surprising how little you notice. It doesn’t really matter if there’s 10 people or 110,000 people, you’re kind of focused on what you’re doing and like anything else, you’re busy concentrating and don’t let the distractions get in your way really. So you don’t notice it until you get out of the car and you see the crowd and you’re up on the podium and that’s the kind of special part of it.

00.03.24 Definitely to be in a Formula 1 car, that would be the main, you know, that’s every racing driver’s dream I think. But certainly just to earn a good kind of strong living from racing and certainly sports cars, Le Mans, what the cars at Lola build and things for the Le Mans prototypes are amazing cars. Only may be 8/10 seconds off the Formula 1 car and Le Mans itself is one of the most famous races in the world so to race at Le Mans sports car’s profession and just earn a good living to drive for a manufacturer or something would be the ultimate aim.

Charlie H is a Racing Driver and a Race Instructor with Lola Cars. “The biggest impact would probably be having my first go-kart bought for me and going and doing my first race.” Racing influenced his school and college career and everything needed to fit in with racing. He won a Formula 3 race in melbourne and will compete at Le Mans.

More information about Other drivers and transport operatives n.e.c. 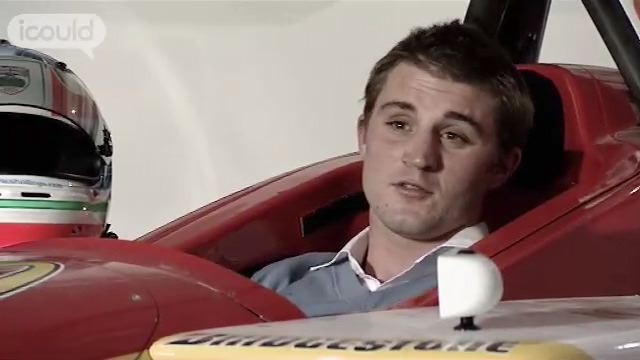