I’m Chris P, I’m the Operations Development Officer, and I work at CEVA Logistics in Bristol. My job involves keeping the drivers legally compliant, helping with any training needs that they’ve got, and just generally making sure that they’re up to speed with what they need to be doing. At the moment, I think we’ve got a hundred and twelve drivers on payroll, and I help recruit those, bring them into the business, I do their driving assessments to make sure they’re to a standard that we require as a company, and, you know, just look after them from day one, and just make sure they’re alright and received into the company.

00:00:43 I just wanted out of school, you know. I think when you get around fifteen/sixteen, you know, what can they teach me? What good is algebra going to be, you know. You think ‘I just need out of this.’ I think, personally, it was the biggest mistake of my life, you know, rushing out of there, going into a job that I didn’t really like, which was working in a shop, but I was just more interested in earning money to go out with the friends, you know. You can be doing that. I think my main thing was that I didn’t have any clear plan. I didn’t really know where I wanted to go, so if you could take me back that would be the thing that I would change. I think I would have stayed on and looked at where I wanted to be in twenty years instead of in two weeks.

00:01:33 I started with the company in 1986 as a driver delivering goods. And then was an opportunity to become a driving assessor, which I wanted to do because I loved driving, so I applied to become a driving assessor, and right at that time the company decided that they were going to have a look at bringing operations development officers on board, which really expanded the role of an assessor. And then I was chosen to be one of the five on trial, and then, yes, you know, there were great benefits for the company, benefits for the driver, so they expanded the role then and took it out nationwide. I didn’t set out to do this. It’s something I did later in life, but I just love the whole thing.

00:02:27 I don’t know. I think there’s a job out there that everybody loves, and hopefully most people get to do the job they love. Me, I did. You know, the amount of training I’ve done, I’ve done more training in the last seven years than I did in my previous forty-nine years of life, so, you know, it has been great for me.

00:02:50 The best thing about what I do is getting that feeling of when somebody has got a problem – it could be something as basic as a gear changing exercise – and I can go out with the driver, spend a couple of hours if that’s what I need to, and at the end of it the problem has gone. It has been resolved. That, for me, is the best thing, you know. It’s being able to help other people. I’m a people person. I love people, and I love meeting different people, and with this job you’ve no choice but to meet people, you know. It ticks all the boxes for me. ENDS

Chris P is the Operations Development Officer for CEVA Logistics in Bristol. He’s involved with the recruitment and training of the 112 drivers they have on the payroll. He loves the job, but it took him a long time to achieve. He regrets being in a hurry to leave school and get a job, and wishes he had looked at where he wanted to be in twenty years instead of two weeks. 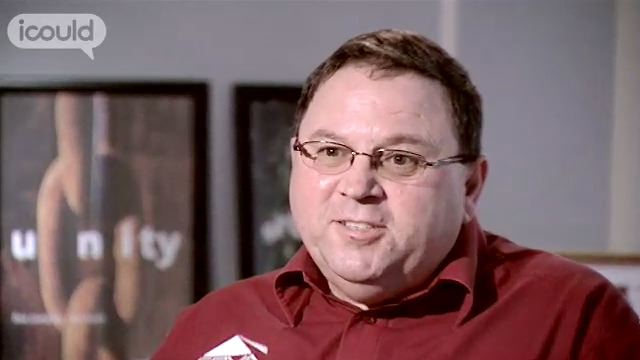