00:00:03 My name is Christopher L and I’m a Level Three Health Care Assistant. That means that I assist the doctors in running clinics, in the Trauma and Orthopaedic clinic. That’s basically the bones clinic. So mostly it’s people that have fractured their bones, they’ve broken them. But we also have people that have worn out their joints over age, and they’re considering having a joint replacement.

00:00:29 I started off working for the nurse bank, so basically you call them up or look on the local internet that they have here – and they have a variety of shifts, and you can basically pick whatever you like. You have to work a minimum amount of shifts over a certain amount of time, but it’s not too much. The reason I wanted a job with that sort of flexibility is that I was playing in a band, and I wanted to know that if we got quite a few gigs come up at a certain time, it wouldn’t cause a problem to take the time off.

00:01:00 I play in a hard rock band, we’re called the Wake. We’re not too heavy, we-re quite – we’re quite lyrical. Some people call us heavy metal but I think we’re more melodic. I think after we released our second album a couple of years ago, it didn’t hit the sales that we really hoped it would. There was a feeling there that maybe you know this wasn’t going to be a life-changing thing that we hoped it to be. Yeah we’re keeping our fingers crossed that it’s – that it will develop into a full time career but – we’ll see, only time will tell. No there’s been no clinic one groupies. Some of the elderly ladies can be affectionate.

00:01:38 When I was doing my A-Levels I didn’t know what I wanted to do for a career. It’s just when I was coming to the end of my A-Levels that I spoke to a friend who was on the nurse bank, and he told me about the hours and things, and at first I was really sceptical and thought what does that involve, working in a hospital, you know? But he actually explained it to me and it sounded like something I wanted to give a go.

00:02:02 I guess the only dream job that I thought of was to be a translator. I know that sounds weird, who wants to be a translator at ten years old or whatever but – and then when I think when I was doing my GCSEs I always assumed I’d end up being a teacher, although I never wanted to be a teacher, I just sort of thought I’d end up doing that. Yeah I didn’t really have a clear idea, I certainly didn’t think I was – I would end up in nursing, that didn’t really occur to me.

00:02:30 I think a high point over the last few years was actually achieving my NVQ Three, because I got my red epaulets, and then I was let loose to do all these new exciting things I couldn’t do before, like wound care, taking out stitches and staples, and taking blood, just more interesting jobs I think, which meant I had a lot more diversity in what I could do, just made it just that little bit more interesting.

00:02:53 This February I started my Social Sciences degree with the Open University. Now that I’m studying a little bit later, just a few years on, and I’m choosing to do it, I’m enjoying it a lot more, and I’m definitely more motivated to do it and to do the work, sit down and write what I need to write.

00:03:12 What motivates me I think every day and keeps me interested every day is just the pure diversity of people that come through the doors. They’ve all got different stories, different things have happened to them, and they all need slightly different ways of being looked after, and so you’re kept on your toes and you have to stay interested and that’s really quite motivational in itself, and keeps it interesting from my point of view.

00:03:39 In five years’ time I’d like to have finished my degree that I’ve started. Don’t know whether I’ll be using it in health care might be – may be move into management side of things here – or possibly move out of health care. I’m really not sure, just see where I am in five years. A dream scenario would be that, you know, I’d earn loads of money out of playing music, but I know that it’s a really tough industry so I have to be realistic and keep my education ticking over, ’cause that’s more important than it has been for years.

Member of hard rock band The Wake, Chris needed a job that would give him the chance to play gigs when they came up. With this in mind he started working for the nurse bank, where the shifts gave him the flexibility he needed. Since then his medical career has gone from strength to strength and he is now completing a social sciences degree with the open university.

Description
? Nursing auxiliaries and assistants assist doctors, nurses and other health professionals in caring for the sick and injured within hospitals, homes, clinics and the wider community.
Qualifications
There are no formal academic entry requirements. Off- and on-the-job training is provided. NVQs/ SVQs in Care are available at Levels 2 and 3.
Tasks
Employment by region
?
Top 10 industries for this job
?
Health 365177
Residential care 7505
Public admin. & defence 6174
Social work 3414
Employment activities 2639
Services to buildings 1820
Insurance & pensions 1630
Employment status
?
Skill importance
? 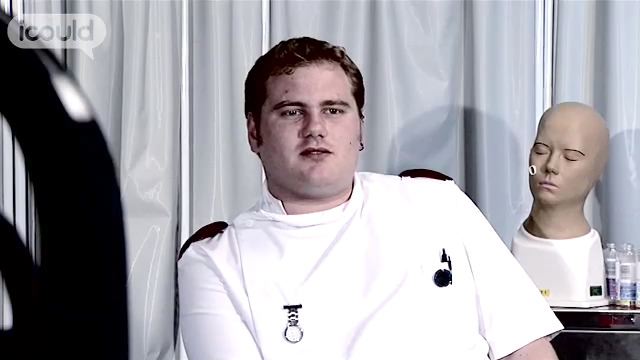 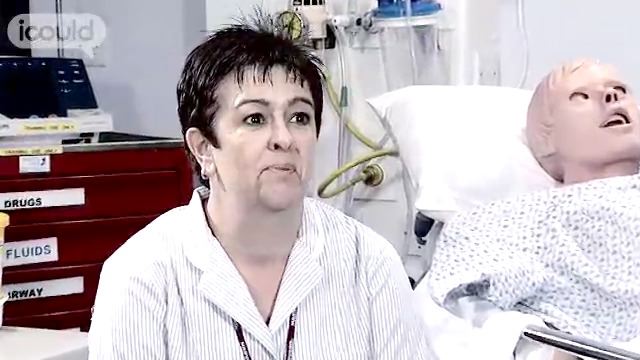