00:00:01 I’m Colin G, I’m a prosthetic orthotic technician. I make false limbs – so that’s legs, arms. Then you’ve got the orthotics, which is abrasion and correction of limbs from simple things like flat feet to spinal jackets. I don’t shut off, I’m always thinking of work.

00:01:45 In actual fact I was away at boarding school – which I thoroughly enjoyed – and I didn’t want to leave school. And it was a funny story then ‘cause I went to the Head Master and he said – it’s a waste of my time, your time, especially your father’s money – the answer’s no. (LAUGHS) I’d no ideas what I wanted to do when I left school. A lot of the lads went into the Army. I did six weeks in Germany with the cadets. I enjoyed my six weeks in Germany but I thought no, don’t fancy this as a life! (LAUGHS) So I left school, and then I followed me father into – because he was an electrician and I thought I’d do that. And I worked at Southend Greyhound Track, that was great, I was there for about six or seven months, and then I just went into retail. The first big recession hit, many years ago, and I was looking around for a job and I had a friend who was doing prosthetics, he says come and work for us. And I says well I says I know nothing about prosthetics, he says nor does anybody else, he says you just come in and that was it. I specialised as an upper limb technician, and I did that for ten years in Roehampton. And I was training to be the Manager, but then I developed cancer, and that threw that all out. It wasn’t – it wasn’t going to beat me. I did not have a day – I had three days off work for shingles, I worked through the whole lot. Because it was just my way of getting over it, and I just said God, you know, you ain’t going to beat me. You ain’t going to beat me. But no, as I say, it happens, you just get on with it, that’s it, you know. Just that’s the thing, there’s nothing you can do about it, don’t worry about it. When I finished with the cancer I had to do a quick career change to lower limbs, so I trained in lower limbs, and then job come up here at Cambridge, for an upper limb technician, so I’ve come here, and I also now do a lot of orthotics. But my specialist is – I’m an upper limb technician. There is a big career structure within the NHS, within the prosthetics itself is a small part of it, but again there’s a big career structure before we actually get to assemble the bits.

00:02:24 The five years I trained were very very hard. There was a fellow called Ernie Lane and he always said to me – and I think I’ll always remember this – if you work hard now boy you’ll never work hard again. And I’ve never found any job difficult since, and I always bear that in mind. I think I can honestly say I look back now and yeah, twenty-five years hobby – five years hard work, twenty-five years hobby. Believe it or not there’s a new electronic hand coming up, which is all moving, all singing, all dancing. To work with that, you know, that would be the ultimate, because when I started electronics were just coming into the industry. But to actually to be given a chance to work on that you know would be absolutely – see me from beginning to the end.

00:03:09 As a prosthetic technician generally, you don’t see patients. As – myself as an upper limb technician, I see patients and I specialise – they come and see me direct, so I run my own clinic. As to dealing with patients, I’m pretty up front. I think if you’re straight with them, and say look you know, yeah, you’ve lost a limb but talk to me, we can come up with things, we’ll sit down and we’ll write on a little bit of paper and then we’ll try it and everything else, so – so again that’s part of the job that I enjoy, that one to one with patients. To me its great, you know, they get on with their lives and that’s it, you know, and in fact as long as I can help them do that I’m – you know, it makes me happy, you know. Trouble is you see I could be too good and then you seen they don’t come – you know they don’t break down and I ain’t got a job. But I don’t think that’ll happen. (LAUGHS)

Colin G is a Prosthetic Technician, who loves his job. He was given excellent advice by a colleague, “The five years I trained were very hard. There was a fellow called Ernie Lane and he always said to me – and I think I’ll always remember this – if you work hard now boy you’ll never work hard again.”

Description
? Medical and dental technicians operate, calibrate and maintain cardiographic and encephalographic testing equipment, assist in the conduct of post mortems, give simple dental treatments, fit artificial limbs and hearing aids, and undertake a wide range of related medical and dental tasks.
Qualifications
Entrants usually possess GCSEs/S grades, BTEC/ SQA awards, an Intermediate GNVQ/GSVQ Level II or A levels/H grades. Training may last up to five years depending upon the field and method of study. Professional qualifications and NVQs/SVQs at Level 3 are available in some areas.
Tasks
Employment by region
?
Top 10 industries for this job
?
Health 50242
Employment status
?
Skill importance
? 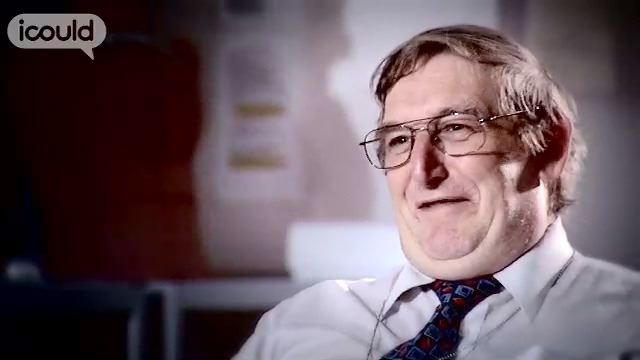