0.00.00 My name is Denise. I’m a lunchtime worker out in the playgrounds and a classroom support worker for a little boy who needs a little bit of extra help. I work at Fairstead House. It basically involves, you know, looking after the children in the playground, making sure, you know, they’re sort of like safe and sorting out their differences when they tend to have them, or little accidents they may have, guiding them into lunch, you know, to make sure they all go in the right order.

0.00.30 And just basically, you know, what, you have good contact with them anyway, you know, they’re lovely children. So, so they’re not that bad behaved. My dad, he was a, he was a chef and my mum, she was just a housewife, she just looked after us. They always said, you know, you do what you want to do, we’d never push you into doing something that we’d want you to do, you know, to just to get an achievement, no, if you’re happy you do whatever.

0.01.00 I left school when I was 16. No, I had no idea what I wanted to do. I think all we wanted to do really, let’s just have children, that’s all we thought about then I think, you know, getting married and having children. I worked in the Woolworths store then, which obviously is no longer, sadly, is it? But yeah, I worked there for quite some time and I was the window dresser as well for the company. So yeah lovely job.

0.01.30 I’d worked in the hospital as a ward assistant, you know, just helping doing general things that they may need help with. But then obviously I had children, so I gave up work for a while. Basically looked after the children, I’ve got four children. My husband was diagnosed with leukaemia, you know, year before last. I mean that was such a devastation cos he lost his dad a couple of year before, so it was very hard. It was, it’s such a shock, you know, you just can’t take it all in.

0.02.00 I mean he went into hospital for a check, well cos he was really ill with his bad back and he didn’t come out for a month. He went from one ward to the other and he just went downhill. And it was just so wearing, so hard but as time went on, you sort of seeing him improve and they were confident that they could beat it. Going through all that, you know, and then coming through as positive as he did and getting the all clear on my son’s sixteenth birthday was, you know, was fantastic and we haven’t looked back.

0.02.30 So that was I think, you know, that was really something to be proud of really. After my husband finished his treatment and he was given the all clear, I thought I need to work, you know, I can’t be out of work. And I just, funny, I got the Yellow Pages and I thought I’m going to try schools and this was my first one that I chose and I rang and luck was it, someone had just handed in their notice.

0.03.00 So Mrs Buckingham said to come in, we’ll give you an interview and that was it. I think I would have liked to have had a career. This has opened my eyes a lot, this little job, and sadly I hadn’t taken it up before, so, but yeah I think I would have gone in this direction somehow, yeah. I’d love to have been a teacher I think. But too late now but that would have been nice. You can’t turn back the clock. Five years time, gosh, I should be nearly retiring.

0.03.30 So I hope to still be here actually, doing what I’m doing, you know. To me my life is to make sure my children are happy and I’ll just always be there for them, you know. And, you know, make sure the children are happy here with me as well which I know, I’m sure they are. I just love being here, so yes, I think that’s me basically, yes.

Denise M is a Lunchtime and Support Worker at Fairstead House School in Newmarket. Before she had children she worked in retail and in a hospital. She found this job after she had brought up four children and after her husband had had the all-clear from leukaemia. "I thought, I need to work, you know, I can't be out of work." Now she's working in education and enjoying it, she feels it's a pity she didn't take it up before. 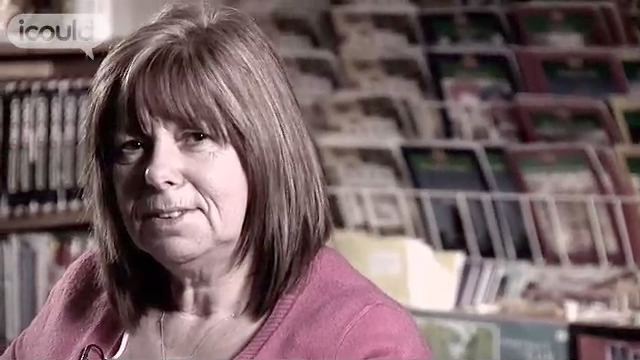