Why take a gap year?

Why take a gap year? 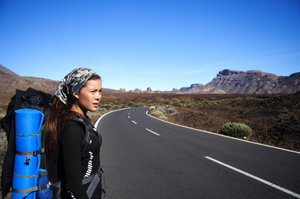 A gap year can be an important breather with the chance to gain some exciting life experiences and think about what comes next. For some it is a planned stepping-stone along their career path, for others it is a last minute decision that proves life-changing, as Lily Eastwood explains.

For some people, a gap year is the perfect opportunity to gain some experience in a career area they already feel passionate about. Associate curator Katie, took time out after university to gain work experience. “Literally, as soon as I came home after graduation I applied for local work experience in museums again,” says Katie, who had helped out at a local museum whilst at university. Her unpaid work experience led her directly to her first job as a Gallery Assistant in the Science Museum.

If you are feeling unsure or pressured, as television producer Tim was, a gap year can provide the perfect opportunity to consider your options. “I found that I was being pushed to use my degree to get a good, safe jobin the city,” he says, and after nine months travelling, he made the decision to pursue a career in television. “I had one of those moments when I was flying back, very unhappy coming home because I was due to take up one of these offers.”

Animal collection manager Rebecca, was also uncertain about her career choices. “I don’t know why I wanted to become a lawyer,” says Rebecca, recalling her university choice. Eventually her disinterest in law showed as she got an unexpected job during her gap year. Success and promotion led her to ask for another gap year, and then another one. “I wrote back to the university and said, ‘Ok so I need another year to defer because I really want to get this life experience,’ and they said, ‘Forget it, because you’re obviously not interested’ “. Rebecca has no regrets about her career path. She was very successful and made a move to her family business at Shepreth Wildlife Park.

A gap year doesn’t have to be about gaining direct experience or decision-making time, for some it’s about taking risks and doing something that will change their outlook on life. Many employers and universities are beginning to see the benefits of soft skills gained during time out.  Peter who is now a senior scientist at the Eden Project, says his gap year was, “probably one of the most formative years of my entire life. And again it’s taking advantage of those opportunities that come along.” After his gap year working on conservation projects in New Zealand he ended up going to Cambridge University to study Natural Sciences and going on to do a PhD.

Acupuncturist Phil had a gap year that was less planned but just as beneficial. Missing his grade points for university he went travelling in Thailand. “While I was there, I did a course in Thai massage and really enjoyed it,” he says. When he was home he looked at various alternative theories and found a course starting in three weeks. “Kind of luck almost in a certain respect. But as soon as I started the course I never looked back”.

Fundraising development officer Stephanie didn’t like her university course and opted for a year out. “Realising that I didn’t actually enjoy studying law and seeing that if I didn’t enjoy studying it and learning about it I wasn’t ever going to enjoy practising it, “ was important says Stephanie.  She doesn’t think her gap year changed her, but tapped into something she’d always loved, “It’s something that I’ve always enjoyed, it’s not like I left university and all of a sudden completely changed”. It led her to her job in the community sector and she has continued studying but not gone back to her law degree.

Mind the gap Many people don’t take a gap year at all. Senior dealer Scott, had his plans for a gap year halted by injury. He ended up dismissing his gap year plans, and later his university plans, and has no regrets, “There was potential to be able to do well in the City if you were prepared to work hard. And so when it came to a year on I decided that really there was no choice to be made.”

Others, like account manager Luc, try taking time out and get very little out of it. “I wanted to go with an open mind and see if something might happen in Australia. I went with an open mind, really, and after a year or so I decided it wasn’t for me.”