00:00:03 Right, my name’s Jackie A, and I’m a PCV driver, for Lewisham Council. It’s a bus driver basically, or a coach driver. I’ve got a licence to drive big vehicles, basically. Well my job entitles of – I pick up elderly people, young people, with disabilities, all kinds of disabilities, that really can’t use London Transport. I really do enjoy the job, otherwise I wouldn’t have been doing it so long. I enjoy helping people and, yeah, and it’s quite rewarding in that way. You know, it makes you feel like you’ve done something good.

00:00:41 When I left school I didn’t – I think I had a couple of GCSEs not good grades, nothing to carry on with, and I never knew what I wanted to do. So me and a friend just went to Germany, and we just worked in hotels, and served and that. Then I come back, and then I got a job at the BBC. And it was just for a Cashier in the restaurant, something like that. And then they sent me to college, and I got a Food and Beverage City and Guilds as a Silver Service Waitress. And then I used to serve all the Board of Governors there, Managing Directors. Done that for about nine or ten years, I really, really enjoyed the job.

00:01:26 I got married while I was at the BBC and had – had my two girls. And then, that’s when I come to work for the London Borough of Lewisham. The reason I first got a job at Lewisham Council was it fitted in with my lifestyle. My husband worked in the week, and obviously we needed extra money. I worked at weekends, and it just started off at six – three hours on a Saturday, three hours on a Sunday, and it suited. All through as the children have got older, I’ve increased the hours, changed jobs, and it’s – I was term time, which means I was off when the – when the children started school – I was off when they was off, so it was really good. And as I say, within the last couple of years, I come off of term time and worked full-time, ‘cause I’m a redundant Mum now, they don’t need me no more.

00:02:17 I wanted to better myself really, because I know now that my – one of my biggest regrets is not working harder at school. One of my daughters now, I don’t know if it’s the same for me, but she’s dyslexia, but obviously I knew she had a problem, and I followed it up, and my daughter was helped all through her school. She had one to one help with the teacher, she was given so many hours a week, you know, on her own, and it helped her, it gave her the confidence. Whereas I think I was just put at back of the class and I thought I was thick, basically. But I think I probably needed help in school, but never got it.

00:02:58 I really did encourage ‘em, because I thought, because I – I wasn’t happy with my education, and you learn through life don’t ya, if you’d just done that bit more, it helps. So I definitely really – I didn’t push them, but I drummed into ‘em that education’s really important. Like with Fay, my youngest daughter, obviously she had the problems, so she needed a bit more encouragement, but they’re there now, and I’m very pleased. She’s got a three year apprentice at Toni and Guy hairdressing, up town in Mayfair. She’ll go to college as well so – and I don’t think she would have got on like that if – if we had never pushed for it, and got her the extra help she needed. And the daughter at University, she’s doing media, and wants to do something like this. That’s right, that’s her dream.

Jackie A is a PCV driver, for Lewisham Council. She drives a bus for elderly people, young people, and people with all kinds of disabilities that really can’t use London Transport. When she left school she and her friend worked in hotels in Germany. When she came back she worked for the BBC as a waitress in the boardroom. She needed to change jobs when she had children so that she had more flexible hours. She would have liked to have done better at school.

Description
? Bus and coach drivers drive road passenger-carrying vehicles such as buses, coaches and mini-buses.
Qualifications
There are no formal academic entry requirements, though candidates must be in possession of a full car driving licence. All bus and coach drivers must pass the Passenger Carrying Vehicle (PCV) test. This incorporates a theoretical examination and assessed driving. Entrants to the PCV test must be at least 18 years old. NVQs/SVQs in Transporting Passengers by Road are available at Levels 2 and 3.
Tasks
Employment by region
?
Top 10 industries for this job
?
Land transport, etc 102638
Travel, etc 6567
Education 4432
Warehousing, etc 2571
Public admin. & defence 2297
Social work 2056
Employment status
?
Skill importance
? 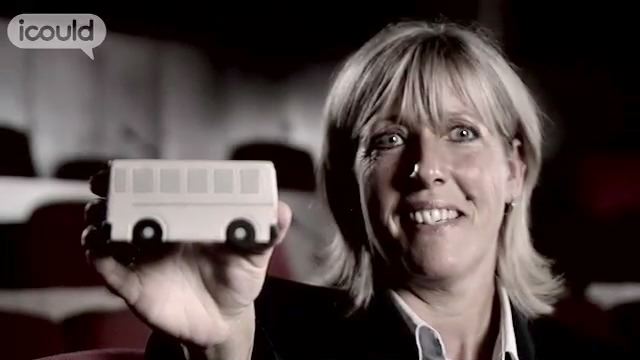