00.04 My name’s John H, I work for Auto Windscreens in Hasland, Chesterfield and my job title is I’m a leading hand on a production line. I actually oversee the process of cutting the screens out from a blank sheet of glass then the excess waste then breaks away and after that it just goes down through to a wash line where it’s cleaned up with distilled water and then away to the next section.

00.28 It is satisfying to know that there’s something you’ve made from basically nothing to the end object and then to see it fitted in a number of vehicles. That you can walk the streets and think, “Maybe that was one we made.”

00.45 The things I liked doing at school was mainly on the sports side of things, games, anything like that. I wasn’t overly fantastic at other subjects so, I excelled at metalwork mainly. Metalwork was a good one and as I say, sports and activities. I left school pretty much after 16th birthday and found work relatively straight away. I did a year’s apprentice as a warehouse operative in a local firm in Chesterfield.

01.18 I then left that and pursued my father into the Royal Mail, which I had a three month stint at and just didn’t like it. No, my Dad didn’t try and force me into the issue. I was quite adamant that I wasn’t happy but he’d done it for so many, you know, a good few years. I suppose in hindsight it was a good job, but it just wasn’t the job for me.

01.46 As of turning 18, it was the right time that I could start shift work and this job came along. I wasn’t sure if I’d like it or not, and I didn’t know if I would be here for the rest of my life or if it was just a stepping stone to something better. But once you’ve been here a year or two, like, it was something that, it was a job I was growing into and felt that by this time it was something I could stick with, yeah, for the rest of my life.

02.14 The people who inspired me for the job I’m doing now, it was a friend of the family, one of my Dad’s closest friend at the time. He was a major part of the company back in the 80s, early 90s. After several conversations with him, it was a part of me that thought, “I could follow on here and stick with the company for as long as I can.”

02.36 I think I’ve got my work/life balance sorted out down to a T really. This is my job and I love it to bits, but when I’m out of work it’s time for me and it’s time for my activities and things I like doing. The things I like to do when I’m out of work are quite physical activities. I do like the gym, I like running and I’m quite a good distance walker. I go out with a colleague regular on Sundays and we average from 10 to 13 miles on a Sunday evening and it’s just something that started slowly and it’s just progressed now to nearly every week we go out.

03.15 The biggest impact I’ve had on my life was very recently actually. A very, very close friend of mine had an accident while on holiday. Fortunately he’s okay now, but it was touch and go and he had a serious operation abroad and we didn’t know if he was going to make it or not. And it just put into perspective how life can be so short or taken away so quickly. It makes me think, “Live life now and don’t mess about. Don’t waste any time. If you’re going to do something, do it and stick with it.”

03.51 What would I like to be doing in the future? Hopefully still be working for the company. It’s been 22 years now nearly and I’d really like to be here at least another 20. The one thing I would like to do and I don’t think it’s possible. I would really like to go into space. It would be a fantastic achievement to say that that could be done. So that would be just amazing. 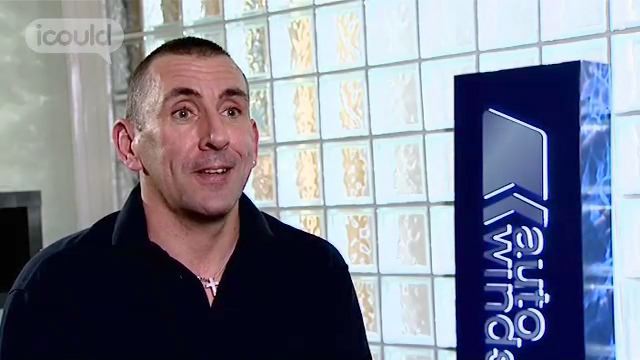