I’ve never worked in a chemist shop I was actually when I came out of college. Maths and English, I did Biology I did cooking, food and nutrition because that’s what I wanted to do I wanted to go into catering, I enjoyed cooking when I was at school and I went on to catering college and from there I became a catering manager I went into restaurants and was a catering manager. I enjoyed, but then I got married, I had children and unfortunately catering is long hours, late nights, early mornings and when you’ve got two little babies it get on you. I didn’t enjoy it. I actually went part time at a local supermarket, went to a bakery shop first then went to a local supermarket. Part time there, became till trainer, customer service desk and enjoyed that but it’s not as rewarding as being a catering manager or now being a pharmacy technician.

I saw a job for a store assistant which I thought sounded interesting. Fancied working in the hospital in the pharmacy department, wanted to learn all the names of drugs, so that’s how I started. I started as a mature student. At the time it was just on job learning, whereas that was just to stock up the wards, just to make sure they had enough stock on the wards. After a couple of years of that they asked me would I like to start dispensing of the drugs. Which I had to learn how to label them, lots of codes of what the doctors used. In store training and then after a couple of years of that I became a student technician where it was still based in Bolton but I went on a day release course to Preston college to get a qualification to become a pharmacy technician. It was a lot of work but to actually find out what I was buying, or being prescribed, or what I was giving the patients to actually know what the drugs do and how they help them, I found very interesting.

I qualified for two years now I can go on and there is talk about me doing another qualification. It’s not just a case of getting them of the shelf and giving them out, they have to be checked before we can dispense them, then dispensing them, then they’ve got to be checked to go out to the patient. That’s my next step to actually get qualified to check them before they go out to the patient. It was a bit fluke that I got a job that I really enjoyed and I’ve progressed in it and I’ve got the qualifications in it.

Kathryn went to catering college after school and enjoyed a career in the restaurant and catering industry. When she had children she found the working hours did not suit family life. After a short period working in a supermarket, she saw an advert for a pharmacy store assistant. She got the job and has since worked her way up to a pharmacy technician. She feels that she has now found a job that she both likes doing and fits well with her home life.

More information about Pharmacy and other dispensing assistants 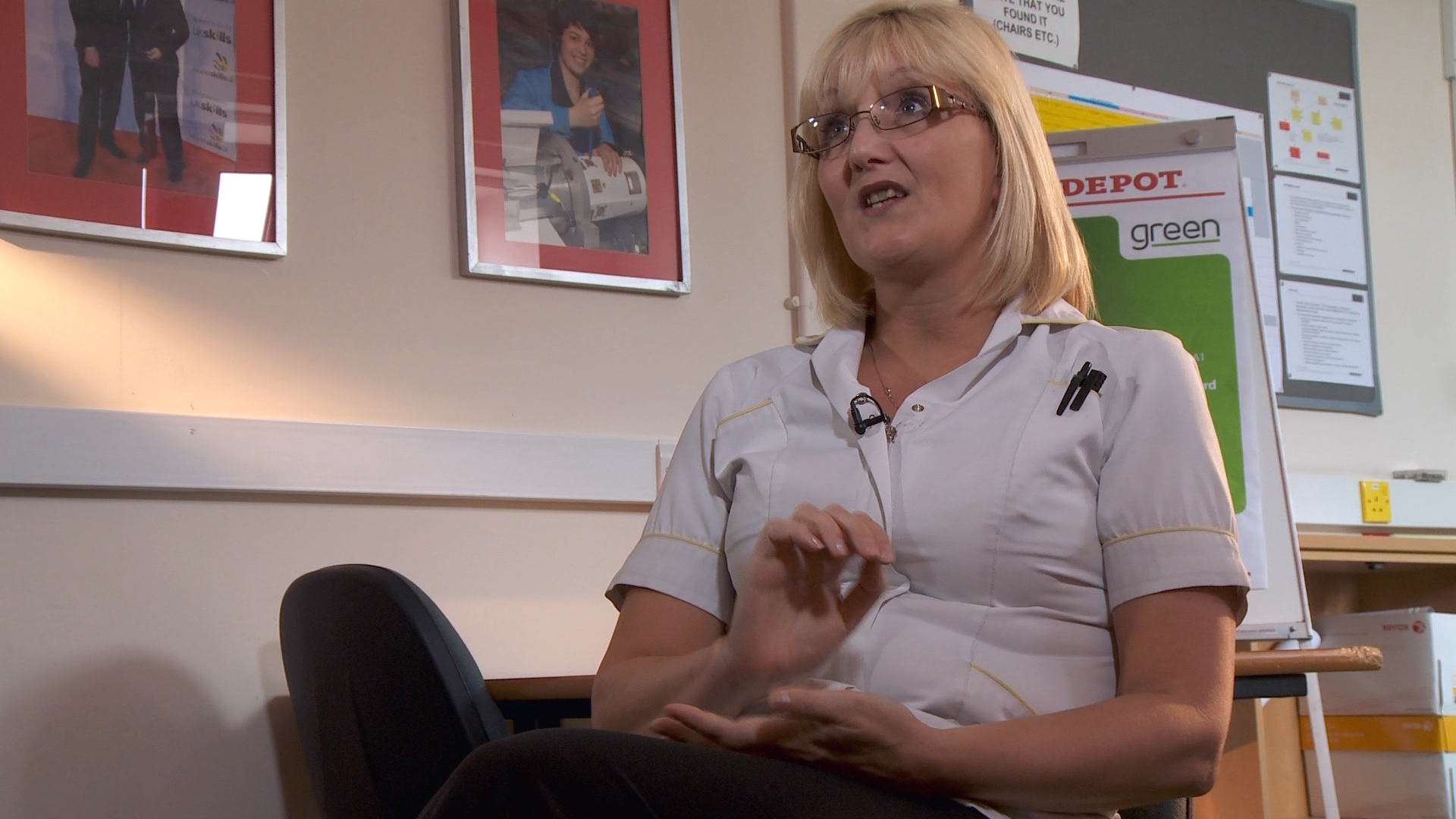 Job Listings for Pharmacy and other dispensing assistants: