00:00:01 I’m Mark W. I’m an Architectural Technologist and I’m a Design Director for Vista Architecture which is part of Colliers CRE. Day to day it’s really about how, you know, putiing a design together and producing some documentation so that somebody can actually build it at the end, and hopefully it turns out how you want it to turn out. It is an incredibly satisfying profession. To be given, you know, a brief and sketch something out, you know, and then maybe six months to a year later, actually see it finished is just an incredible feeling of satisfaction.

00:00:41 When I was younger I wanted to be a sort of professional sportsmen but by good fortune, my stepfather’s best mate was a partner in a local architectural practice and I was particulary taken with him because he had a yellow Lotus at the time and I was really into cars at a young age, and he sorted out some summer work for me. I really took to it, really enjoyed it and got offered a job there, you know, so I knew when school finished I had a job to go into.

00:01:15 I was always sort of, you know, encouraged to try and do something, a profession. But I think because I was a bit lazy at school, my mum was maybe a bit concerned, so I think maybe this sort of, you know, opportunity to work was sort of instigated in the background. But, you know, once I did it, I just thought, ‘wow! You know, this is for me’.

00:01:38 I was taken under the wing of one very senior chap at this firm who was a brilliant artist. I mean his drawings were just amazing. I recall actually being asked to trace a drawing in the days of tracing paper and Rotring pens. I had to trace one of his drawings and on the sixth time, he told me it was good enough. And each time he ripped it up. And it sounds harsh, but, you know, I now look back, I mean my quality of drawing is excellent. Some of the youngsters who come in just start on the computer, they can’t write. You know, their freehand writing’s poor, you know, their quality of drawing is poor, but to me that was the way to do it.

00:02:21 I then at that time joined the practice in London. Quite a large practice working on conservation projects. I worked on the Foreign and Commonwealth Office refurbishment, Natural History Museum, I did some work at the Science Museum. I had…at one point I had the highest level security clearance in our office and had to stand in for our boss at a meeting because he didn’t have the same clearance as me, which was rather daunting. That was a Ministry of Defence project we were working on. So yeah, that was quite a good time in my career.

00:03:01 I think it was 1999 we started working for a client car dealer group and it turned out it was going to be a new car showroom for Porsche. And when we finished the project, as a joke they gave me that little car, but I ended up buying a car from them. It was the cheapest one they had at the time and it was yeah, it was my pride and joy.

00:03:25 One of my hobbies is renovating properties and most of the houses that I have owned have been old and in need of improvement or repair and it’s, you know, something that I really enjoy doing. And again, that’s probably one of the reasons why I like to talk to people on site, you know, I like to ask the tiler why is he doing that like that, because it doesn’t just help me in my career, it helps me when I’m at home doing my, you know, property renovation.

00:03:57 Perhaps what I’d like to do is earn enough money to retire quite young and buy a house somewhere and gut it and, you know, rebuild it. Somewhere hot, and then just enjoy my life. You know, enjoy the fruits of my labour, as it were. ENDS

Mark W is an Architectural Technologist and Design Director for Colliers International (formerly Colliers CRE). “When I was younger I wanted to be a sort of professional sportsmen but by good fortune, my stepfather’s best mate was a partner in a local architectural practice and I was particulary taken with him because he had a yellow Lotus at the time and I was really into cars at a young age, and he sorted out some summer work for me.” This launched a successful career in building design. 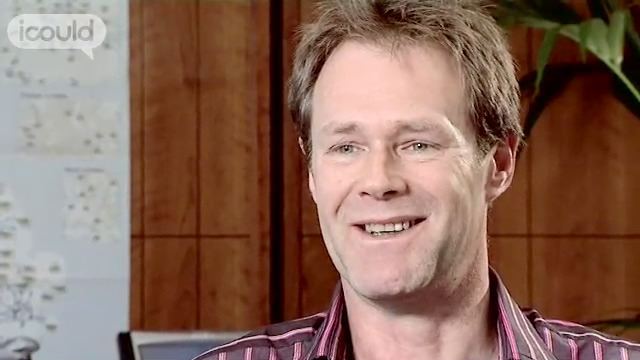