00:02 My name’s Mike B and I’m a prison officer at HMP Blunderstone and I work as a resettlement officer.

00:08 I try and help people with their problems when they come in, point them, direct them all the way through their sentence till when they get out, then hopefully give them something to, positive to go out with. An address, a possibility of employment, training qualifications, going on for further education, just something that they’ve never had before.

00:31 Was born in the East End of London, Shoreditch, Hatch End, round that way. I went to one of the hardest schools in Hoxton and it was a comprehensive, it was one of the first big ones. I sort of stayed on to the sixth form, I took my GCEs as we used to call them, not GCSEs but GCEs and failed them all apart from one the first time, then I knew I had to knuckle down and I knuckled down and the second time I passed about eight.

00:57 It was just common sense at the end of it, you knew that even at that stage, back in the sixties, you had to get qualifications to get a decent job.

01:05 I was extremely lucky, I ended up working for a shipping company. It was a United States line for passenger liners and called clerk to the advertising and public relations department. It was one of the best jobs ever. After that I went to Courages, the wine and spirit people, enjoyed it immensely, had a fantastic boss who was more like a father. He, he pointed me in the direction of going to different places and unfortunately he ended up contracting cancer and it was like, as I say, like a father and son relationship. I got so sort of mentored because my own father sort of at an early age had gone and just went out the picture. Then he died, they brought somebody else in and so I wasn’t old enough to take the position that he had and they tried and, they undid all the work that he did and I thought, no, I can’t sort of stand this anymore. But prior to that I’d met my wife at Courage’s as well and we ended up getting married and she went and got a job at a plastics company and we ended up working together in south-east London and we were there for about ten, twelve years.

02:26 We decided was this was the life that we wanted to live in London and the violence was getting worse, it was at that time and we decided that we might move out, We had family up in Norfolk and we come up and saw them, decided it was a nice area and decided that we’d give it a go and move up here. Came up here, I was out of work for about three months, which put a strain on our relationship, no end of a strain. I tried everywhere to get employment. I must have written away to about forty or fifty different companies. Couldn’t even get an interview and so I can appreciate what people are feeling like nowadays. So finally I did get one and this was a valve company, selling industrial valves to the offshore oil industry. I enjoyed that for sort of twelve years. But that was more, it was getting more and more high-pressured and hiring people, firing people, meeting targets and I thought to myself, no, there’s got to be something better than this and I was just going to work one day and I was in the car, I thought I’ve got to go in here and I just didn’t want to get out of the car, so then I thought, you’ve got to find yourself something else to do. Saw the advert for the prison service and joined here at the age of forty-nine.

03:45 Has its moments but overall I’d say ninety-nine per cent of the time I thoroughly enjoy the work that I do. Never thought that I would ever be a prison officer, not for the fact what it means but it was just one of those things I never thought of.

Prison Officer Mike B has had an extremely varied career including work in the oil and wine and spirits industry. After relocating and writing over 40 applications, he finally got the job he is at now. He says of his job “it has its moments but overall I’d say 99% of the time I thoroughly enjoy the work that I do.” 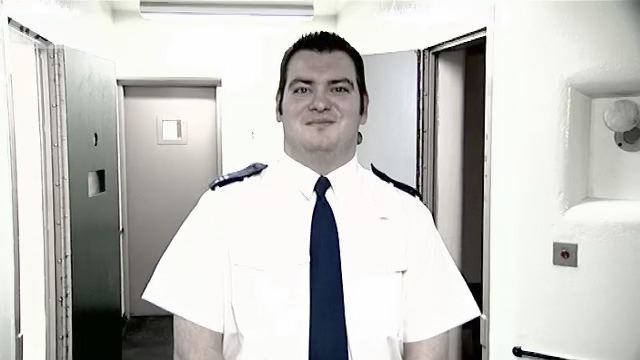 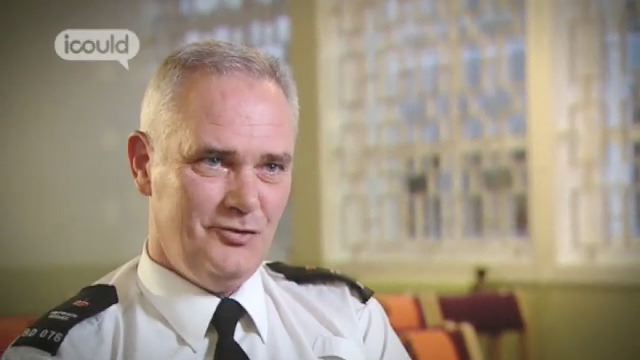 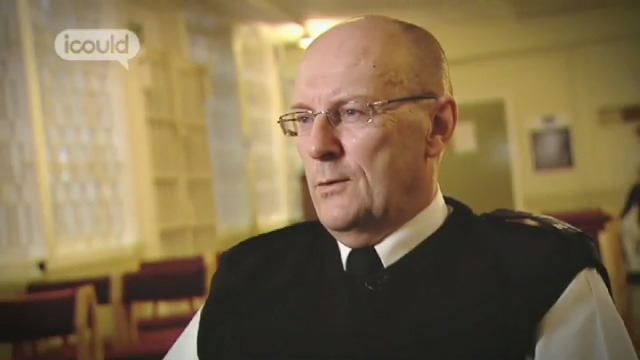