00:00:00 I’m Pat G and I am an oral health improvement specialist. Most of the time I’m actually going out and giving talks or running training programmes so first thing one morning I could be going to a nursery or to a local Sure Start and gibing a talk to some small children with lots of toys and visual aids which is great fun. The next day I might be putting up some stuff to go out and talk to an elderly group for age concern.

00:00:31 So, it’s very different all the time. I do think I’m quite good at what I do now. I’m a bit of an extrovert. My father was the same, he did some acting and singing so I think I’ve probably taken after him but I actually enjoy standing in front of an audience and giving whatever presentations I’m doing so I think it’s like doing a performance, really, so, yes, I actually enjoy that. Very much.

00:00:51 I enjoyed my first school, primary school. When I got to senior school I liked some of it. There’s a lot of bullying goes on in schools so I suppose I was in a peer group who weren’t particularly nice at times which may be another reason why I decided not to stay on to go on for my A Levels. I think by the time I came out I was glad to be out of school. When I actually got to the time where I’d done my what was A Levels and CSEs at the time, I didn’t really know what I wanted to do.

00:01:21 I actually went to have my teeth done. Now, I was a ‘dentalphobic’ which means I that wasn’t very happy about going to the dentist and I was treated by a lady called Pat who was a dental therapist. After going for about six fillings I decided that this lady was wonderful, she’s probably the reason that I’m doing I am now. I said, “I might be interested in doing this,” so she told me that there were some jobs for dental nurses coming up and gave me the details of where I could apply to because I could go for an interview.

00:01:55 And I got the job and enjoyed it and very swiftly became quite good at it and became a senior dental nurse. It was actually the more technical it got the more I enjoyed it because you have to think before the dentist does so you have to sort of surmise what he’s going to do next and then find the right instrument to pass him or look after patients when they’re not feeling too well. So, I enjoyed that for quite a long time and then I got married and I emigrated to Canada.

00:02:23 I applied for several jobs, they were very pleased because they liked British qualifications and I got a job quite swiftly in the practice near to where we lived. The first day I arrived at my new job. The dentist said, “Right, can you fit a rubber dam and can you do this and can you do that?” and I was absolutely shocked at the time because it was the sort of stuff that we hadn’t actually been trained to do in England. I did the training very swiftly and went to the University of BC to do some qualifications in taking x-rays and worked very hard for nearly two years in Canada as a dental nurse.

00:03:01 Unfortunately, my marriage broke down so I came home. Once I came back to Wolverhampton I actually got a job as a dental health promoter which was actually to do with going out and talking to people, trying to improve the population of Wolverhampton’s oral health, really. And I subsequently became in charge of the unit and I enjoy every minute of it.

00:03:25 I suppose Canada was a turning point in my career because I was doing a lot more stuff in dental nursing than we were allowed to do in England at the time and I thought, “When I get back I’d like to actually build on my career. Take some more qualifications and actually take it further and do something that I really enjoy doing which was actually talking to people and helping people prevent disease so I suppose that was the turning point.

Pat G manages a unit working in her local community to improve dental health. A reformed dentalphobic, Pat began her career as a dental nurse and has worked her way up to her current role. Her experience working in Canada inspired her to advance her career, whilst a love of performing has meant she enjoys giving presentations. 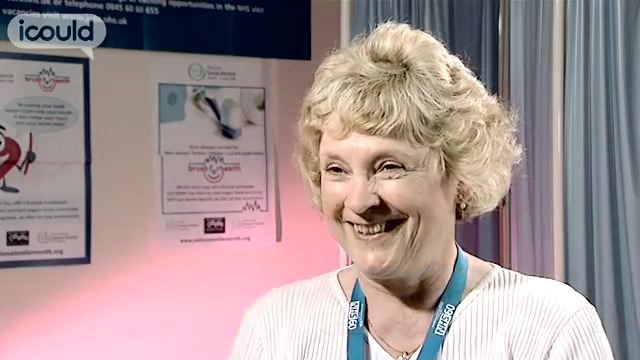 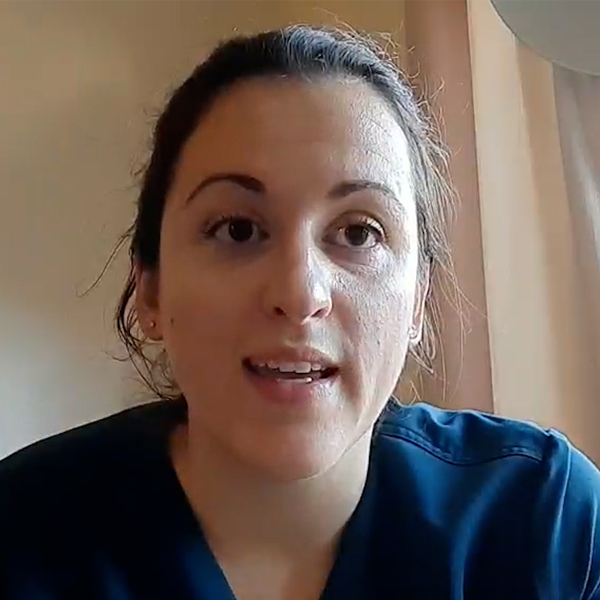