00:00:01 My name’s Sara Powell, I work at the Histopathology Department at Addenbrookes Hospital.  It deals with the study of tissue, and diseased tissue.   Anybody who has anything wrong with them, or anything taken out of them, will come through the department for analysis.  I’m assigned to consultants within the department.  It’s a secretarial job, the medical side of it gives a bit of an edge.

00:00:25 My mother died when I was eleven and I think that’s – that’s been with me all the way through.  My Dad was around but he was very busy working, and it’s not the same – I didn’t feel it was quite the same.  It sort of stunned the whole family.  I was quite shy and not a lot of bother at school, I just kept my head down and did what I did.  I preferred the Sixth Form, I didn’t like my – up to sixteen, it was not – it was quite hard going.  English and Biology and French I was good at, Maths I was absolutely hopeless at, and I felt it’s held me back all the way.  I didn’t have Maths O-Level and I’ve always had a severe stigma about that.

00:01:33 It wasn’t till I left school and had to get out there on my own that I found people were very encouraging.  I’ve had a lot of very encouraging friends and my sister – actually has been my, probably my biggest fan and pushed me along the way.  My first job was working in a department store, straight from secretarial college, I went to work in the office, handling all the cash that came into the department.  From there I was offered a job managing a gift shop, but I went to work there, it didn’t really happen, I was just a shop assistant and I thought I needed to move on again.  I went to the National Institute of Agricultural Botany and I became a crop inspector, because I thought being out in the field in the summer looked like quite a good job.  And I was there for a year and then I got married and went into this family business for furniture.  It started off as a second hand furniture business, so I did renovation of furniture.  Then it gradually changed from renovating furniture to making new furniture.  So I did that for twenty years.  Had a family.  And then thought after twenty years, perhaps there was enough family to carry on.

00:02:07 But I initially wanted to be a nurse but that didn’t happen.  So I tried applying again.  I hadn’t got Maths O-Level and they still wouldn’t accept me.  So I left and I went to work for a sushi company, doing sales and marketing for sushi, which was great fun, it was a brand new company, very new to the area.  A lot of people were very wary about trying sushi at this time.  So I was having to go to airport arrivals halls, and I was handing out plates of sushi out to bring people that weren’t very interested at that time when they’d been on a long haul flight.

00:02:39 I was looking to re-enter the office workplace, so I really needed to brush up my skills and show them I was still capable of learning and, you know, I could take on this role, although I’d been out of the environment for a while.  So I went back to college in the evenings to get some computer qualifications.  I’d actually accepted another job when I had an interview here and I wasn’t going to go, but my brother said well just go, it will be good experience.  And they offered me the job.  I just – I had to take it, because I’ve always wanted to work in a hospital.  And it’s been my perfect job.  It’s a huge learning experience.  I don’t come from a medical background so it was all new.  I’ve always been interested in medical things.  It’s a real privilege to work in the department, because you see things, hear things, you learn so much about the way the body works that it’s – you learn something new every day – every day.  All the people I’ve come across are so dedicated, almost single-minded, about what they do, and they all care so much and they want to share it, and that’s fascinating, absolutely fascinating.  There’s been a lot of sadness in my life, and life is very short, it’s too short to be horrible to people or to sit around being miserable.  Just get out there and be happy really, that’s what you have to do.  Enjoy every day, I love it.

Sara Powell works in the Histopathology Department at Addenbrookes Hospital as a medical secretary “Anybody who has anything wrong with them, or anything taken out of them, will come through the department for analysis”. She has done several different jobs over the years, but always wanted to work in a hospital. After gaining some computer qualifications she was offered a secretarial role at Addenbrookes. She says “life is very short, it’s too short to be horrible to people or to sit around being miserable. Just get out there and be happy really, that’s what you have to do. Enjoy every day.” 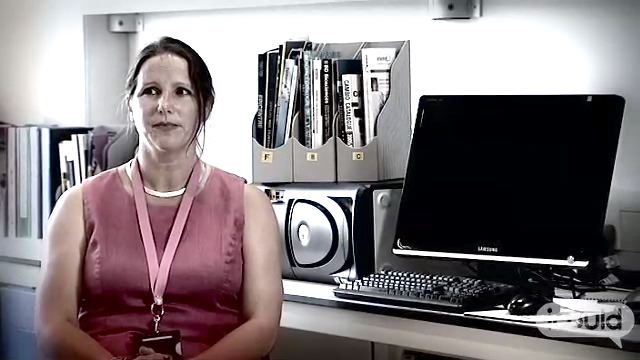