00:00:04 Hi, my name’s Steve E, I’m 39 years old, I’m a Crew Manager in the Airport Fire Service. I’ve been doing the job for 18 years. Basically on a day to day running I manage the watch. Watches comprises of five men. We’ll take parade first thing in the morning, and in parade I would detail the guys where they’re riding on the vehicles. In the event of the alarm going down, everything else stops, we’ll make our way to the vehicles, and we’ll respond to whatever. But regularly on a day to day basis it’ll be daily routines, take-over routines, equipment checks, equipment cleaning, training.

00:00:36 I’ve been doing this for a long time now, and I’ve only been a Crew Manager for three years. And I could have been a Crew Manager before, but I liked being a fire fighter, it was a really good laugh. Unfortunately, you know, it’s like as you start getting higher up in the ladder you – more responsibility comes with it and you become – they call me shiny arse now. ‘Cause I’m basically stuck, nine times out of ten, next to a computer.

00:00:56 At school I was disruptive, I was – I just wasn’t interested. I didn’t find the teachers very stimulating, I didn’t find the subjects very stimulating. I come from a predominantly working class family, none of my family went into the Sixth Form, I didn’t know anything about Further Education, and I didn’t know anything about University. So it was just a case of – get out of school quickly, earn money.

00:01:42 There was no work, so I decided to take up what used to be called a Youth Training Scheme. I basically started off in sort of things like doing social care courses, and then started to work at a school for children with learning and behavioural problems. I really, really enjoyed it, but as time went on I sort of – sort of started to fall out of love with the job, didn’t really want to take the career of going into nursing, that sort of was taking shine off it. So I sort of just bummed around.

00:02:11 I sort of fell into this job through a friend’s Mum. She said that they want somebody down there, I was sort of bumming around. Started off as a refueller at the Airport, got on with all the guys and stuff like that. When the Senior Airport Fire Officer, or SAFO as he’s known, asked me if I wanted to come onto this side of the fire team, and I jumped at the chance. And the rest is history.

00:02:30 I lost my Dad when I was 20, he was only 52 when he died. Unfortunately my Dad came from an era where everything was geared up when you retire, you know, you work now, you looked after your family, you got your – when you retire, that’s when you started enjoying yourself. And he never made it. But that sort of put a perspective on my life, and not so much sort of guided me, but just made me want to enjoy everything.

00:02:53 I’ve got a seven year old son, that keeps me very busy. I love to draw, I like to paint. I’ve got my own little shed, I’m at that age now where I’ve got me shed down the bottom of the garden, so I potter down there, and I do sculpture and stuff like that. So that keeps me really busy.

00:03:07 In ten years’ time I would love to be able to, really honestly, I would love to be able to do my art, and my sculpture, and stuff like that, and make a living off it. I really loved RE when I was at school for some reason and I would I think – I like theology, I would like to go and sort of study theology. It all depends, you know, it’s – again it’s sort of money and stuff like that. But my wife went off and done a degree, so I think it’s my turn to be able to go off and do a degree, don’t you?

00:03:33 I think honestly, and it’s a bit of a pipe dream, but if I could do anything I’d love to go into space, you know, even if I got on one of the vomit comets, you know, like where they like drop the plane out, and you just get the weightlessness and stuff like that. But it would just be that – I think it would put a lot of things into perspective, wouldn’t it? I mean people look back and you know like when they say when Neil Armstrong was on the moon and he looked how small the earth looked, and you know everything looked calm and peaceful and all that stuff like that. So I think everybody should sort of experience that, then they’ll realise how small they are, you know, and we’re all sort of one person. And you know I think a lot more people would get on together, so. But yeah, that – always – I don’t suppose it’ll ever happen, maybe when I’m 80, I don’t know, some kind of Branson flight that takes you up into the outer atmosphere, but yeah space, definitely.

Steve E is a Crew Manager in the Lydd Airport Fire Service. He started off working with children, but he realised that he didn’t want to make a career out of it, so he was at a loose end. He started to find his direction by chance, when he took a refuelling job at the airport and got on well with the other guys there. The Senior Airport Fire Officer invited him to join his team, and he jumped at the chance. He enjoyed being a firefighter so much he resisted promotion for a long time but now he is in charge of a watch.

Description
? Air transport operatives refuel, load and unload aircraft, direct the movement of aircraft at airports, and positions gangways or staircases to allow passengers to board and disembark aircraft.
Qualifications
There are no formal academic entry requirements, though employers may require entrants to possess GCSEs/S grades for some posts. Training is provided off- and on-the-job. NVQs/SVQs in Providing Airside Ramp Operations are available at Level 2.
Tasks
Employment by region
?
Top 10 industries for this job
?
Warehousing, etc 10065
Air transport 2997
Computer programming, etc 2173
Employment status
?
Skill importance
? 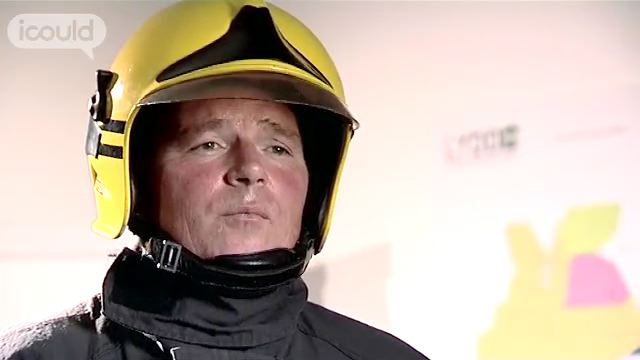