00:00:002 My name’s David F I currently work for the Scottish Parliament and I’m the Environmental Manager.

00:00:09 I’m responsible for trying to understand what the environmental impact is that the parliament has. So the parliament is taking very seriously the amount of energy that it uses so we’ve set ourselves quite challenging targets to try and reduce the amount of energy, amount of electricity and gas that we use. So we’re putting in initiatives all over the place to make the lighting more efficient, to make sure people turn off their PCs at the end of the day. We’re looking at things like how, boilers that we use and all sorts of things and ways that we run the building to make it more efficient.

00:00:42 It is quite a young organisation, so it’s quite positive, majority of the staff are, are fairly young, and it’s relatively acceptable to new ideas, so on the whole it’s a good positive place to work.

00:01:02 Not long after we moved into the parliament we discovered that everybody had their own individual waste bins and that people weren’t actually using the, all the recycling facilities that were available. So we did a very simple thing. We decided that we would give everybody one bar of Fairtrade chocolate in exchange for their waste bin it was a one off bribe, and it worked very successfully, we removed few hundred bins from the parliament and overnight the recycling rates soared up to 60, 70%.

00:01:32 When I was at school I was always very interested in environmental issues and I always wanted to do something that I thought would make a difference. For a long time I thought I might do something more physical such as being a park ranger or something like that but then at university I discovered there were other options. There were kind of more, more policy, more strategic jobs that were available that would allow you also to make a difference rather than just out there in the cold getting your hands dirty all the time.

00:02:03 For quite a while I considered being a vet and seeing if I could get the relevant qualifications to become a vet but I spent a week doing work experience with a vet and decided that it wasn’t for me, I wasn’t too keen when we had to put a few dogs down and things like that, that really wasn’t, I decided for me. So I moved away from that and ended up doing the environmental science degree instead.

00:02:29 At university the University of Sterling I studied environmental science which is a degree which helps you understand how the planet works. I wouldn’t say I got a huge amount of guidance because back then I don’t think there was that many recognised career paths in the 80s it wasn’t a huge concern, environment, environmental issues weren’t the huge concern that they currently are now. I did things like biology and chemistry which put me in good stead for the degree that I later did.

00:03:06 I think for me the fact that I did a piece of volunteering while I was working for Preston city council a small piece of work that then actually got me my first formal job in the environmental field was quite, was quite lucky really. I was very fortunate just to be able to help out on a small project that really gave me a lot of credibility when I went for an interview for a formal job that I wanted in that field.

00:03:31 My advice to people who are looking for a satisfactory career and a job that they’re happy to go to every day is really to try and identify what they’re interested in, what they’re passionate about, like something that you, you have to do every day nine to five probably for, for thirty years maybe, maybe longer now, so I think you really need to decide what your key interest is.

David F works for the Scottish Parliament as Environmental Manager. “I did a piece of volunteering while I was working for Preston city council a small piece of work that then actually got me my first formal job in the environmental field” He has a degree in Environmental Science.

Description
? Waste disposal and environmental services managers plan, organise, direct and co-ordinate the operations and development of waste disposal and related environmental services facilities within private firms or public authorities.
Qualifications
Entry is possible with a variety of academic qualifications, including a degree or equivalent qualification in a related subject, and/or relevant experience. NVQ levels 3 and 4 and professional qualifications are available. Professional qualifications are available from the Chartered Institute of Wastes Management and may be mandatory in some operational management posts.
Tasks
Employment by region
?
Top 10 industries for this job
?
Waste management 7124
Wholesale trade 3018
Specialised construction 1131
Employment status
?
Skill importance
? 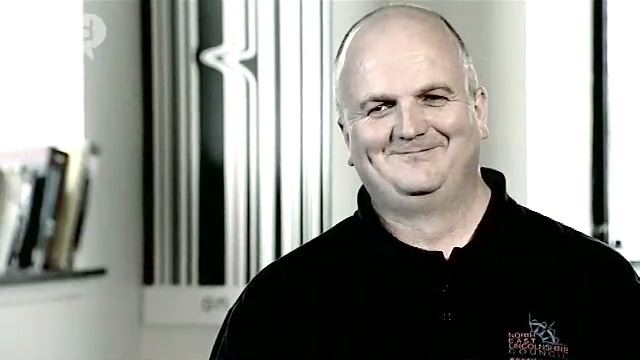