00:00:02 My name’s Julie S, and I am a Radio Producer on the 1Xtra Breakfast show with Trevor Nelson. As a Radio Producer we basically do everything to get the show on the air, and support the DJ. So we would choose the music with the music team, we’d decide what we’re going to talk about and sort of direct Trevor when he talks about things. Just everything to sort of make sure that they’re – the process runs the way it’s supposed to run. I think if you switch off a microphone at the end of a show that’s gone really well it’s just – you’re on a high really. Because there’s a lot of adrenaline when you’re doing something that’s live, and your audience get involved, and guests will come in, and things will go right and things will go wrong. And if you know it’s gone really it is just – it’s a massive high.

00:00:43 For a long time I knew I wanted to do some kind of media production, but I wasn’t sure exactly what I wanted to do. Before that I wanted to be a journalist. And then before that, when I was really young, I wanted to be an archaeologist, which is completely different. When I was about 10, 11 I was really, really interested in history, and Greek myths, and stuff like that. And I think because of that I wanted to go into archaeology, because I had a bit of a sort of romantic idea of what it was. And then once I got to school, and started doing career choices, and realised I had to do Chemistry and Biology, and spend a lot of time brushing a rock, I went off it.

00:01:15 The main thing I remember about doing Standard Grades is that I wasn’t allowed to choose what I wanted to do, because my Dad kind of came in – bush! – and said this is what you have to do. Because I wanted to do Art, English, History, Classics, Woodwork – for some reason, and something else. And my Dad wasn’t having it. He said I had to do Maths, and I had to do French, and I had to do all these Sciences.

00:01:36 I really didn’t know what I wanted to do, so instead of going away to University I went to a local college, and did an HNC in Media Production. By that point I’d decided I wanted to work in film, and I wanted to make films. And at the end of that, I applied to a load of Unis, and I got accepted at Manchester and Bradford, to do quite technical Media Production courses, and I ended up going to Bradford. Around the time when I was finishing University, I think, because obviously I’m from Scotland, and I was at University in Bradford, the main thing was I didn’t want to go back to Dundee, because I knew I wouldn’t be able to get a media job in Dundee, so I wanted to move to London.

00:02:16 I think I applied for about five different jobs, and the BBC job was one of the ones that I applied for, and it was a researcher job in Radio Two. And they actually offered me that job, I think something like the day after I finished University. So I was really lucky that I ended up just walking out of University into a job. And even though it’s a media environment, the BBC – especially the BBC Pebble Mill, Radio Two – was quite traditional, and everyone was wearing office clothes, and sitting at their desks – and I couldn’t really imagine how I was going to fit in. You just feel really young and really stupid, that’s what I remember really.

00:02:52 The main turning points I think in my career would probably be when I’d been at Radio Two for about two years, and I’d really kind of had enough of it, and it had got quite boring. But then they announced all the digital services, they announced 1Xtra, and I remember just being so excited about it, and thinking I have to work there, I have to work there. And one of the Executive Producers took me to the Hip Hop Summit in Puerto Rico, ’cause he wanted me to make a documentary with somebody, and that was just like one of the best experiences of my life. I think that would be the point at which I sort of started climbing up a bit.

00:03:25 I think the things that have been – that I’ve found difficult, is mainly just being away from home. So obviously once I got settled in Birmingham for about three years, because I really, really wanted the job at 1Xtra, and moved to London for 1Xtra, so then you’re sort of back in the same situation of being in London, and not really knowing anybody. I think that’s the main thing – that’s really hard, and I still really miss my family, so that’s the main difficult thing.

00:03:50 In terms of what I do creatively, and in terms of the music and the lifestyle, this is really perfect for me now. But I think professionally I would need to sort of move on in – and find some new challenges in the next five or ten years. But I am at the point where I don’t really know what direction I want to go in. And the media’s changing a lot as well, so I think it might – it’s probably difficult to sort of say what you’ll be doing in ten years’ time, because you don’t know what the media landscape’s going to be like in ten years’ time. Just have to be sort of flexible and look for opportunities.

Julie is a Radio Producer for BBC 1Xtra. She has always been interested in media production but her dad insisted she took science subjects at school. She went on to study media at college and university. Her first job was as a researcher at Radio 2… “So I was really lucky that I ended up walking out of university and into a job”. 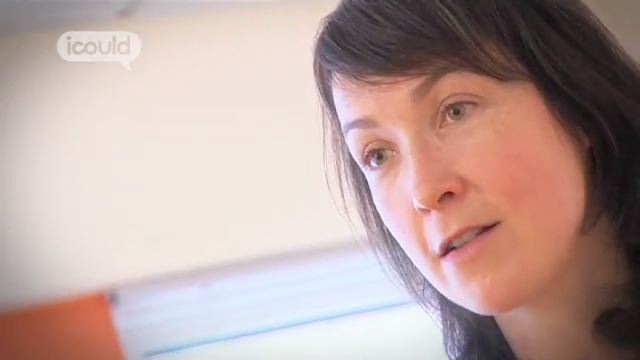