00:00:24 At school what I wanted to do with the rest of my life is become either a policeman or a PE instructor but I never got the qualifications to do that and at the time the only thing that was in this neighbourhood was to go down the pits or try and get yourself in the building trade somewhere. I tried the building trade as a YTA stonemason. It was a good paying job and I knew people that were stonemasons and I sort of knew the type of lifestyle that they had. I thought it was going to be a good job. It never happened, the company that I worked for went bust. An opening came here at Pendrich’s so I sort of took that on and started here in sort of 199…1985 sorry. I’ve worked basically from a trainee steeplejack right through the ranks, became a foreman steeplejack then a general foreman and now for the last 10 years I’ve been in the office pricing jobs and doing the role that I’m in today.

00:01:23 I’ve really been into my sports and I do enjoy playing sports and all kinds of sports so I was pretty gutted that I was never going to get the grades that I was needing to become a PE teacher, because it was something that I really enjoyed doing and still enjoy doing sports. So for that point of view I was pretty gutted. The Police was sort of maybe something that upholding the law, when you see somebody upholding the law and you’re like, “Yeah, I could really do that,”. But the PE teacher I would really liked to have pursued that but obviously again the grades don’t show for that. Aspirations for the future when you’re sort of 13, 14, 15 you don’t really have any. You think, you try and look ahead and see what you’re going to be best at. I thought I was going to be good either being a policeman or a PE teacher or something like that. Obviously I never had the qualifications so you’ve just got to fall back onto other things. You’re not sort of looking toward the future when you’re, when you’re that age.

00:02:15 I went sort of from the tools to becoming a general foreman who just sort of travels around the sites making sure things are getting done properly and, as it said in the specification, and after that stage, you travel into the office to become a contracts manager. So, I mean, the transition was, the transition period was pretty gentle for me as opposed to being steeplejack, office. So, I mean, it was a steady progression into the office. I enjoy coming to my work in the morning, I mean, setting up the sites, getting the guys ready from a start to finish job and when you get that work done you can take a structure from something that’s pretty, pretty shabby to restoring to its natural beauty so, I mean, it’s a good buzz and it’s good to see jobs through like that. I’m perfectly happy with the thing that I’ve got now. I mean, I suppose everybody looks further ahead and sees, ‘well, what am I going to do next, what am I going to do next?’ I am in a job that I enjoy and if I didn’t enjoy it, I wouldn’t be here to do it. That’s the way I would look upon it.

00:03:14 I love my work and I love to live, so both come part and parcel. I do really enjoy my work but also I love my lifestyle as well. So, I like my weekends off and stuff. I mean, because, as again, I’ve done this for 22 years, 23 years going on…I’ve done 7 days a week, 12 hour shifts for months on end. Working 4 weeks on and having a weekend off, and then going back to 4 weeks on. So I mean, I think I’ve done my time of the hard graft and hard work and now I’m reaping the profits, as they say, by being in the office and working 7 till 5, Monday to Friday and I have my weekends off. So, and again, that’s my family time and my play time.

Murray C is a Contracts Manager at Pendrich Height Services, a company which employs steeplejacks. He’s been a steeplejack himself, and a stonemason. “I think I’ve done my time of the hard graft and hard work and now I’m reaping the profits, as they say, by being in the office and working.”

Description
? Those working in construction and building trades n.e.c. undertake a variety of tasks in the construction, alteration, maintenance and repair of buildings, steeples, industrial chimneys and other tall structures, and of underwater structures not elsewhere classified in MINOR GROUP 531: Construction and Building Trades.
Qualifications
There are no formal academic entry requirements, though GCSEs/S grades are advantageous. Entry is typically through an apprenticeship or traineeship approved by ConstructionSkills leading to an NVQ/SVQ in General Construction at Level 3.
Tasks
Employment by region
?
Top 10 industries for this job
?
Construction 95655
Specialised construction 44972
Civil engineering 37591
Real estate 10395
Land transport, etc 6376
Agriculture, etc 4217
Services to buildings 4204
Food & beverage services 4183
Food products 3421
Office admin. 2364
Employment status
?
Skill importance
? 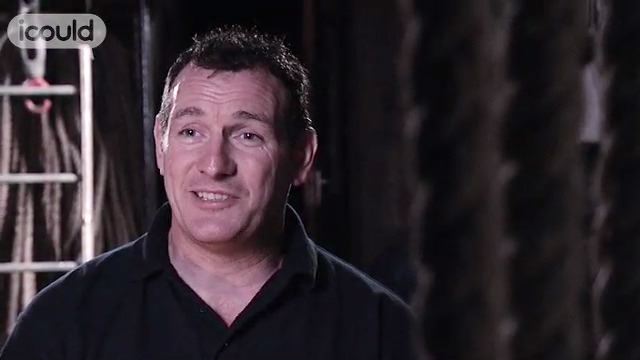