00:00:22 Oh, the bit that I enjoy the most is, I guess, every day’s different. There isn’t the monotony of doing the same thing at your desk 9 to 5. You could be out on site. You could be at meetings. So it makes it sort of in the round quite an interesting job to do.

00:00:41 No, I didn’t know I wanted to be a town planner. I fell into it. I liked geography at school and got a good result for my A level but at that stage I didn’t want to do a purely academic degree, because I thought if I did a geography degree I could be a geography teacher but I didn’t know what else. So I went to a careers advice service outside school and they said, ‘what about town planning?Ö¹ And I’d never heard of it. And he gave me some brochures and some prospectuses of where they were doing courses and also places which had remaining places and I just applied through the clearing system and then ended up doing a four-year degree, full time in town planning.

00:01:28 My first day at work was daunting. I’d never obviously worked in a professional office environment on a, my first job in a career and I was given a file, lots of files and basically just told to get on with it. There was no induction, no human resources and it was also quite old-school as well. Women, for example, weren’t allowed to wear trousers and it was quite archaic and I found it was quite daunting. So it wasn’t a pleasurable experience.

00:02:01 I was at Geohan for three and a half years and then I resigned and I went travelling for two and a half years. So I just found it fascinating. The more I travelled, the more adventurous I got and the further afield I suppose I wanted get away from other backpackers and tourists. In terms of the people, I would say Pakistan was one of the friendliest countries in terms of welcome you into their houses and the hospitality. I’d say some of the sites of Cambodia round Ankawats were amazing but every place had an amazing memory.

00:02:42 I always thought that you worked all your life and to take some time out wouldn’t actually mean anything. You’re not going to be losing out in terms of your career path because if you—I took two and a half years out which everyone said was such a long time—but it wasn’t really because when I came back, the same projects were still going on and nothing really had changed, and taking two and a half years out when you’re working for 30 or 40 is nothing in comparison.

00:03:06 When I got back from travelling, I felt that I wanted to pursue my career. I still felt I wanted to pursue town planning. So I think my aim was just to progress my career and sort of work up the career ladder in terms of promotion. My career is very important to me. I think the more you develop professionally and personally, you get self-fulfilment and I think you’ll get motivation from pushing yourself forward.

00:03:35 In ten years time, I suspect, unless I win the lottery, I would still be doing a town planning job, possibly, or hopefully I should say, still at Colliers. It’s very difficult at the moment because of the way in which the economy is. If I could do anything else outside town planning, it would probably be related to horses, whether doing riding for the disabled or, I’m a bit…it’s a bit late now to be a jockey but I’m actually quite small so that was it. I used to do a lot of horse riding when I was young and I had a horse and did a lot of competing and eventing and then a lot of charity work for the disabled so, it’s completely different obviously to town planning but it’s something which I very much enjoy doing. ENDS

Paula S is a Director in the Planning Department of Colliers International (formerly Colliers CRE). “The bit that I enjoy the most is, I guess, every day’s different. There isn’t the monotony of doing the same thing at your desk 9 to 5. You could be out on site. You could be at meetings.”

Description
? Town planning officers direct or undertake the planning of the layout and the co-ordination of plans for the development of urban and rural areas.
Qualifications
Entrants usually possess either an accredited degree or postgraduate qualification and must have completed at least two years’ work experience in town planning before gaining professional status.
Tasks
Employment by region
?
Top 10 industries for this job
?
Architectural & related 13245
Advertising, etc 5939
Public admin. & defence 3290
Real estate 1373
Head offices, etc 1131
Other professional 1056
Employment status
?
Skill importance
? 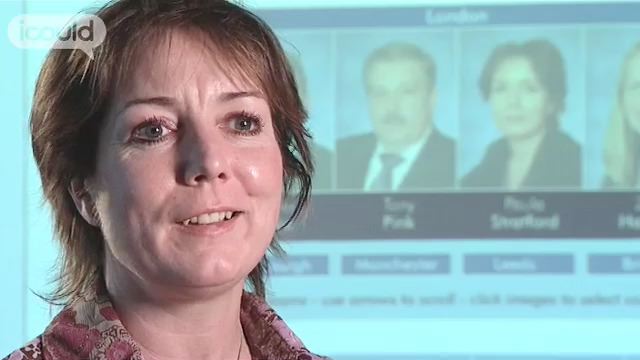