00:00:02 My name’s Ross Nicholl and I’m an audio designer at Realtime Worlds.

00:00:06 I do well everything you hear in the game really so, creating and editing, sound effects, putting them into the game. Making the, the world come alive with sound.

00:00:15 They’ll say right this, this building needs this type of sound so we’ll go and record it, so there’s like recording when you’re out, like in the streets with your microphone recording different sounds or in the studio, like making lot of noises or what and then, there’s the editing section that’s where you’re editing everything you’ve got and saying like, I’m gonna keep that, get rid of that and that’s the sort of like creative choice down to you, you know like, it’s you, saying I like the sound of that, I don’t like the sound of that.

00:00:42 And there’s like a technical point of view you’ve gotta be able to implement it into the game, so you’ve got to kind of know the software and know the procedure for getting the sound from like from the microphone, edited and then into the actual game.

00:00:55 When I was really young it was like, drums and then I got into guitars cos girls like guitarists more than drummers. (laughs)

00:01:03 The music department at my school was always a bit weird like it was all very like classically orientated you know it was like if you didn’t play a violin then the teacher didn’t like you cos you were playing Jimi Hendrix or whatever so. I don’t know, I never really saw eye to eye with the music department there so it, like it was never really them pushing me to where I am.

00:01:24 I worked in a music shop. I’d been working there kind of off and on since I was about fifteen, sixteen you know just sort of a Saturday job and that and then after, after I finished college I started there full time and I was there for about a year.

00:01:37 I did HND in sound engineering. Mostly sort of recording bands and stuff in a recording studio, so getting used to using the mixing desk and, different microphone techniques and mixing techniques and all the rest of it. Learning, learning all how to use the different types of software we use.

00:01:53 I considered going and doing a music degree but, at the end of the day I didn’t really think I needed a piece of paper to tell me I could play guitar, be a musician, you know like it’s, it’s about proving your worth as a musician rather than saying I’ve got a bit of paper that says I can play this, you know.

00:02:08 Getting the first job that gave me the break was just from, from working in the music shop, I always sort of saw it as just a stepping stone but, it gave me the opportunity to meet that guy and, get to know him and then ask him about if there was any jobs and then get an interview. And then I got made redundant from that job cos the company folded.

00:02:27 Well I was on the dole and that, so I was going to the job centre, and I was like, yeah I’m looking for jobs in audio, audio engineering, audio design and every, every week they would offer me a job as a satellite TV installator repair guy, so you had, that’s not what I do d’you know, and every week it was the same story, so eventually I went, like I just had to go and sort it out myself you know.

00:02:52 But then it was through, being back at the music shop again, that the guy who hired me here he knew the guy from the music shop and music, and then again I kind of got speaking to them and, saying I had experience and asked if they had any jobs going in that, so. It’s quite handy like at a music shop’s been kind of, kind of useful resource like, so.

00:03:14 Like I’m the only person in the family that’s not a teacher, everyone else my brother and sister, my mum and dad they’re all teachers but I was always like, nah, it’s not for me, I want to actually be doing it rather than teaching it so. I wouldn’t say I was a hardcore gamer, it’s more, I’m more interested in sort of sound and music aspect of the job rather than the games.

00:03:35 Like to stay here for like, for the next wee while but I’d quite like to travel as well like, I’ve never been anywhere else apart from Dundee so I’m quite, I quite fancy going to maybe Canada or America, working on a game there or something. Maybe just for a couple of years, I think I’ll always come back to Scotland like but I would definitely like to see a bit, bit of the world before I kind of settle down and that you know.

Ross N is an Audio Engineer at Realtime Worlds. “I do everything you hear in the game”. A network of contacts was important for Ross “at the end of the day I didn’t really think I needed a piece of paper… Getting the first job that gave me the break was just from working in the music shop, I always sort of saw it as just a stepping stone but it gave me the opportunity to meet that guy and get to know him and then ask him about if there was any jobs”. 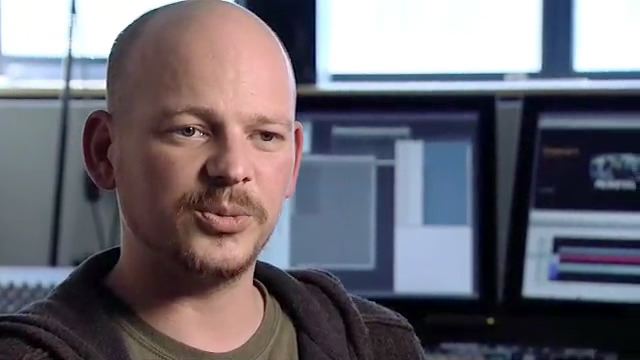 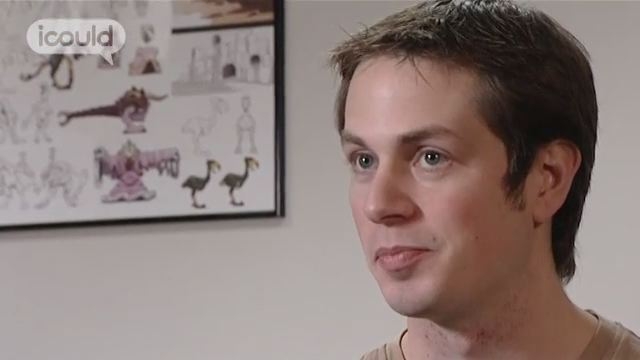 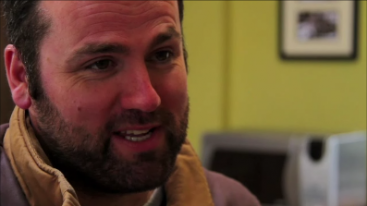