00:00:03 Peter B, and I’m a Third Party Syndicate Finance Manager. I started off at Chaucer eight years ago as a Bookkeeper, and I’ve worked my way up from a Bookkeeper to an Assistant to an Accountant, and then finally in the last couple of months been promoted to the Manager. What my role entails is basically the finance function for insurance companies that are not owned by Chaucer. And we will do reports to them, we will do accounts for them, and my role is to make their life smoother really.

00:00:35 When I was at school I wanted to be a tennis player. I did it from the age of ten to seventeen, and I got to quite a high standard. I played for the country and in all the Tournaments, all the Junior International Tournaments, so I was quite lucky to travel the world with that. I think I won my first tournament when I was four in the short tennis, but then grew up, progressed to the bigger tennis, and started playing the better tournaments.

00:00:59 The best probably part of playing tennis and the best moment for me was there’s a tournament, which is quite big for the European juniors, and I won that for the Under 16s. And that for me was defining – I was really pleased. And then obviously when you get your first World Ranking points, I remember I was in Ireland and it was raining, it was interrupted between rain breaks, but I got my first World Ranking points, so I finally had one foot on the ladder. A nice day for me, I loved it. And then unfortunately I got a bad should injury and had to stop playing, and had to make the choice – do I try and get better, or do I go to University. Basically when I served – I served, my arm just tore, and at that moment it was a case of all of a sudden everything that I’ve lived for, everything that I’ve wanted to do, you’re saying like – I can’t do it. What am I going to do?

00:01:49 I dealt – as I say I dealt with it in many ways, it was a case of I couldn’t look back, I couldn’t change what had happened, I couldn’t miraculously fix my shoulder, it was always going to be an issue, I just had to look forward and think right, what am I going to do now, and how am I going to get there. And that’s what I did. So as I say, I got my A levels, started at University, didn’t like it, left, and then got a job and trained to be an Accountant. So – as I say if you’d asked me ten years ago what I would be doing, it probably wouldn’t have been this. You know it would have been hopefully at the Beijing Olympics.

00:02:01 I was going to do Business and Accounts at University of Coventry. I went there, started doing the course, and thought this isn’t for me. And for me I wanted to find a job that had a good study policy, that would pay for my study, and had good career progression. ‘Cause doing the Accountancy exams which – ’cause I still wanted to get a professional qualification, obviously because it wasn’t going to be a degree I wanted to, you know, get – become a qualified Accountant, but through a different route. And wanted to find a company that would support me in doing that. And as I say I found one in Chaucer.

00:02:59 The qualification that I took, which is the ACCA, which is Association of Certified Chartered Accountants, and there are two sittings in June and December, and you can do anywhere between one and four modules a sitting. So if you do on average two, it will take you three years to qualify. And as I say it took me four. Because it’s quite a culture shock going from doing A levels. The accountancy exams are very practical, and it’s a completely different way of revising and learning.

00:03:29 Tennis has definitely impacted the way I am. I’m very competitive, that’s in everything that I do. I’m one of those people always looking to improve. What can I do next? Is the question I’m always asking myself. What can I do to make it better, what can I do to earn more money and, as I say, with my bosses we’ll try to build a path.

Peter B is a Third Party Syndicate Finance Manager at Chaucer – he is an accountant within the financial services sector. But he started off as a tennis player, travelling the world to Junior International Tournaments, and hoping to represent the UK at the Beijing Olympics. But he had to rethink his future after a shoulder injury. “I had to make the choice – do I try and get better, or do I go to University… What am I going to do?” He took A levels and went to university but didn’t like it there, so he got a job and trained as an accountant, working his way up within the company. He feels he brings the competitiveness and perfectionism of a sportsman to his job. 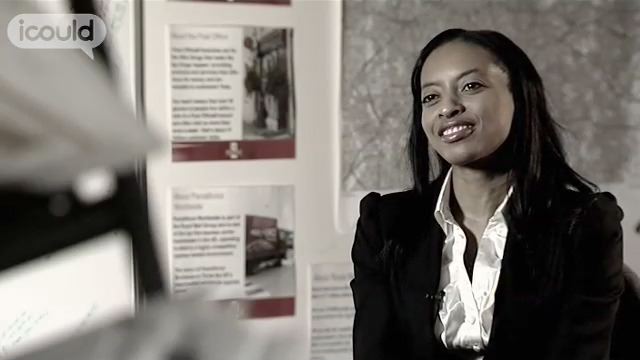